Former star of The Only Way is Essex and owner of fashion label All Bits London, Sam Faiers, is enjoying vegan and vegetarian food as part of her new meat-free health kick.

In a saved Instagram story series titled “My Health Kick”, Faiers uploaded vegan and vegetarian meals that she had made for herself, writing that she is “actually loving this food” about one vegan dish, and stating that she “is not exaggerating” but that Veganaise and falafel “are actually really nice.”

The reality TV personality, who also has her own show, The Mummy Diaries, also posted a picture of Gaz Oakley’s book, Vegan 100, which features 100 meat and dairy-free recipes. Oakley, aka Avant Garde Vegan, wrote the book after deciding to give the vegan lifestyle a go for his health, his love of animals, and for the planet. Oakley’s recipes, such as Fillet “Steak” Wellington and Kentucky Fried Chick’n, have earnt him the title of “The vegan Jamie Oliver,” from BBC Good Food. 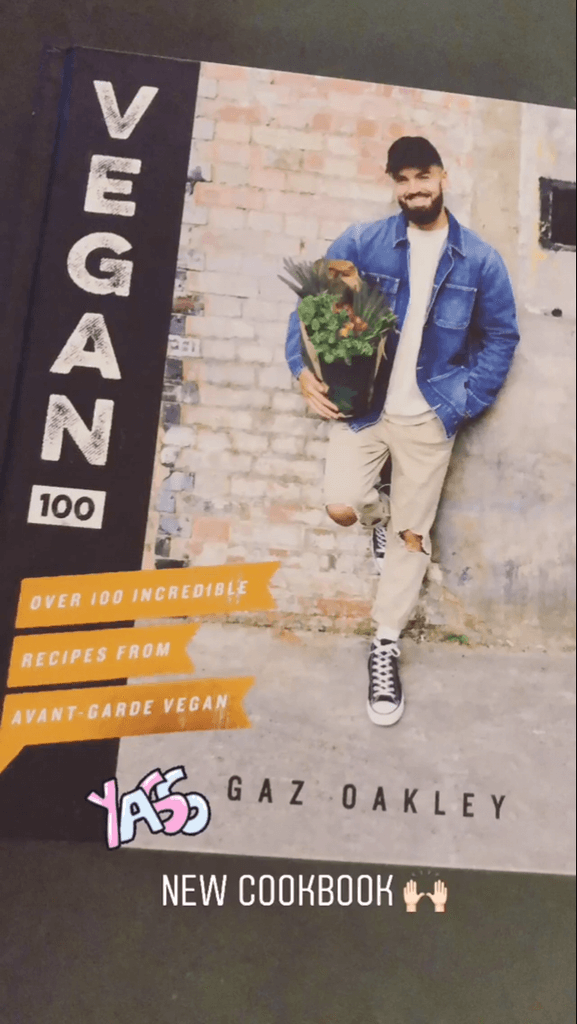 Many UK celebrities have been giving the vegan and vegetarian lifestyle a go recently, including celebrity chef, Gordon Ramsay, who recently posted on Instagram that “[He is] going to give this whole #vegan thing a try.” British singer, Ellie Goulding, has also gone meat-free, stating that the decision “changed her life.”

“I rarely have breakouts and my hair has never been so healthy,” Goulding stated. Adding that “it’s really hard to find a reason to eat meat again.” She also revealed in the Guardian that she is “trying to be a full vegan, I’ve been a vegetarian for six years. I was a vegetarian all the way through my teens as well. I’ll definitely never eat fish or meat again…it’s dangerous to become friends with me because you will probably become vegetarian!”

Veganism is growing in popularity across the UK, in April it was reported that the number of vegans living in the country exceeds three and a half million, with over one million people choosing to leave just meat out of their diet completely. “A more environmentally conscious public” and the popularity of the Veganuary campaign were named in the report as the cause behind the surge.