Beyond Meat is broadening its distribution and showcasing its product versatility with its latest restaurant partnership. Freebirds World Burrito, a fast-casual Tex-Mex chain known for its gargantuan burritos, has added vegan Beyond Meat products to its menus across the US.

Recently, the vegan meat company has been focused on burger and sausage collaborations, strategically promoting its ever-popular Beyond Burger and it’s latest best-selling product, the Beyond Sausage. However, the company’s range extends far beyond these two items, which allows it to cater to a wider demographic of consumers, not just the burger and hot dog crowd.

With 73 locations (and growing), Freebirds is the largest multi-unit restaurant to offer Beyond Meat. Made with pea protein, the meaty plant-based crumbles cook, taste, smell, and chew like beef, without the cholesterol, cruelty, or environmental impact of animal-based meat. With 13 grams of protein per 55 gram serving, the crumbles also deliver on nutrient density, and they are naturally gluten and soy-free. 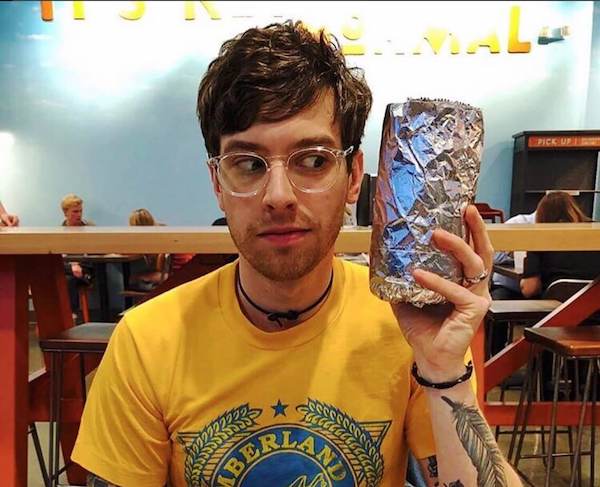 Freebirds customers now have the option to add these beefy vegan crumbles to their customized burritos, bowls, nachos, and salads. Prior to this partnership, the company offered a pepper and onion medley for its vegetarian option. The addition of Beyond Meat amps up the protein and makes for a seriously hearty burrito.

Not that Freebirds needs any help in the big burrito department; the chain prides itself on its substantial burritos of epic proportions, and its customizability makes it perfect for vegans or anyone with specific dietary preferences. Guests can choose the size, filling, sauce, and even the tortilla flavor of their burrito, and most veggie fillings are unlimited. Feeling extra hungry? The SuperMonster size is bigger than most people’s heads, and the 15-pounder will easily feed a small crowd.

Chipotle, which may be the leading fast-casual customizable burrito chain, has also made its menu vegan-friendly. In the past few years, the international company has developed its own vegan meat, sofritas; launched a dietary preferences tool, “Eat to Your Own Beat;” and it is currently trialing quinoa as an alternative to its cilantro white rice. The chain also ranked number one for the most vegan options, according to the Good Food Institute. However, with the addition of Beyond Meat, Freebirds may be aiming for this prestigious spot.