Schools across France are set to offer a meat-free menu at least once a week for a two-year trial period.

During the trial, the French Government and catering companies will monitor the new veggie menu’s impact on food waste, the cost of meals, and the number of pupils who take up the scheme; results will be reported back at least six months before the experiment is due to end.

After 24 MPs backed the amendment bill presented to the National Assembly, motion leader Barbara Pompili described the move as a “great collective victory,” according to La Chaîne Info. She added that the reduction in meat is a step forward for young people’s health, the environment, and equality. “We need schools to play a role in teaching children what [good] food is,” Pompili said. This, she suggested, requires dispelling the myth that a balanced diet requires meat. 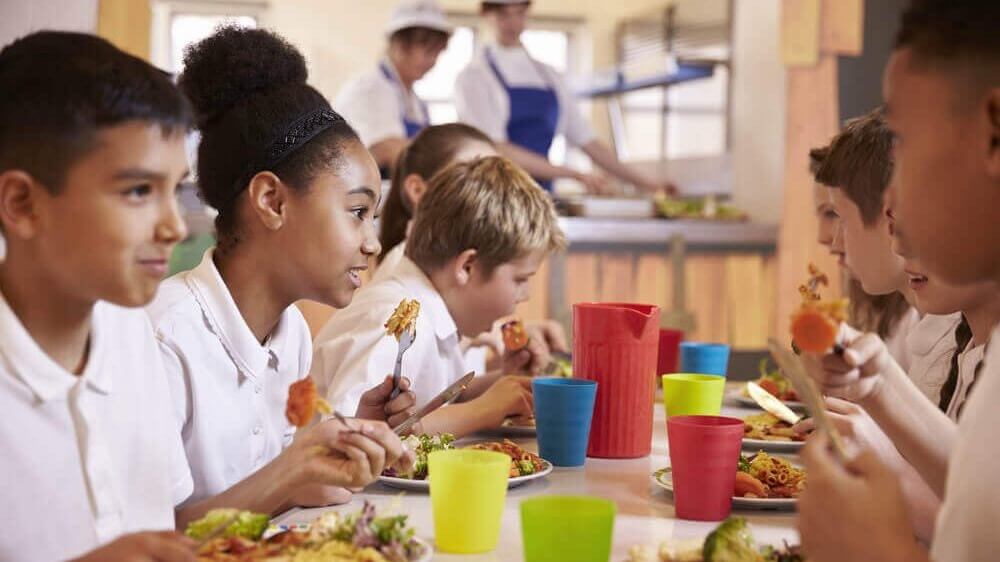 Stéphane Travert, the Minister for Agriculture, opposed the changes. Defending the meat industry, he commented that the law should not intervene in dietary choices. Regardless, Pompili noted that the vote reflected “a strong view from the population,” and was a step “in the right direction.”

Around the world, many schools are backing plant-based meals. Late last year, all 1,200 public schools in New York City launched an initiative to provide one vegan school lunch option daily, and 15 Brooklyn schools adopted a Meatless Monday program to provide students with vegetarian school lunches once a week. The Rotorua’s Tiaki Early Learning Centre in New Zealand even won a National Commission for UNESCO Award for Global Citizenship Education for its fully vegan menu.

In France, the Assembly also voted to end the use of plastic containers and single-use plastic in canteens in schools and universities. Lauding this commitment to public health, and noting the dangerous substances found in plastic, Pompili said, “The goal is to protect ourselves against eventual health risks.”