Smokin’ Vegan, with smoky vegan cheese, spinach olives and tomatoes, and Viva La Vegan, with vegan cheese, vegan pesto, and sundried tomatoes, are two of the White Rabbit’s vegan options. Sainsbury’s, Whole Foods, and Planet Organic are some of the existing stockists of the gluten-free pizza range.

“We’re really excited about the launch of White Rabbit Pizza Co. at Ocado,” said Jacques Thudichum, of Ocado, in a statement. “We know that their great range of pizzas, all of which are gluten-free with vegan options available, will resonate with our customers, who value the quality and variety offered by our fantastic range of free-from products.”

“We have worked hard to expand our free-from range this year,” Thudichum added. “[We] always strive to bring exciting and delicious new items to our customers, with the launch of White Rabbit Pizza Co. as just one example.” 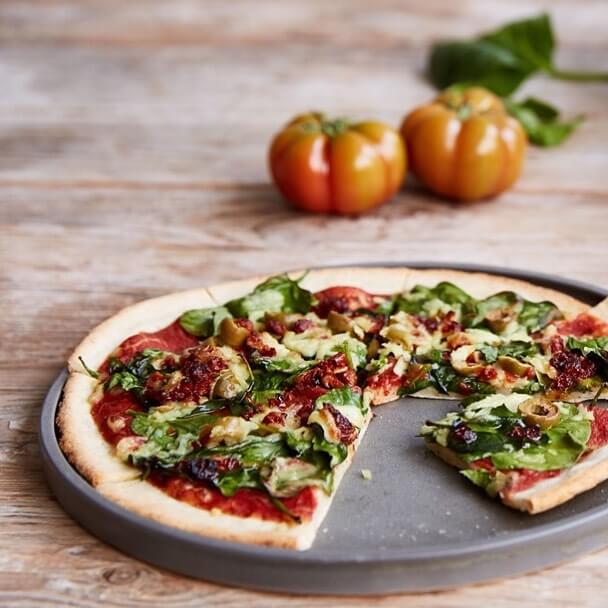 At the beginning of the year, Ocado became the UK’s largest vegan stockist. The supermarket expanded its own brand range with spicy bean burgers, chicken style escalopes and chicken style nuggets, as well as adding Vegenaise and High Omega Bleu Cheese Salad Dressing from vegan brand, Follow Your Heart.

“Veganism and flexitarianism have seen a real surge in popularity in recent years, with plant-based alternatives becoming a key focus for us,” Thudichum said in a statement in January. “We’re constantly expanding our range to offer new and exciting products, keeping ahead of key trends and meeting customer demand.”

Major supermarket competitor, Tesco, has also been stocking up on new vegan products. Earlier this month, Swedish vegan meat brand, Oumph!, announced its products would soon be going on sale in 400 of the chain’s stores. Anders Wallerman, co-founder of Oumph!’s parent company, Food for Progress, said that Tesco is “the perfect partner”, adding that it is “at the forefront of British grocery chains.”