The new frozen dishes, created in collaboration with a network of top chefs across the country, are 70 percent certified organic and, according to Lean Cuisine, are innovative, wholesome, and nutritious. The 40-year-old brand has launched the new range in response to consumer demand as plant-based, organic options continue to soar in popularity around the world. 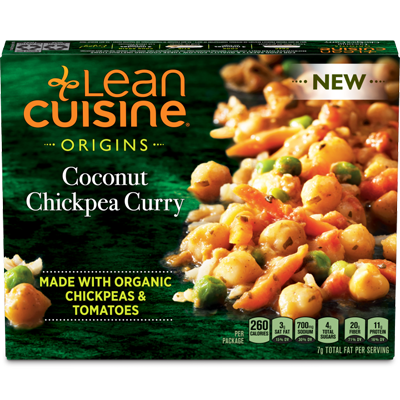 “The new Origins subline offers even more of what our consumers are after, from gluten-free foods to meatless offerings to options made with organic ingredients and now, vegan dishes, ” said Julie Lehman, Lean Cuisine’s Marketing Director, in a statement.

Around the world, vegan products are becoming more and more popular with consumers. According to leading food and beverage market research firm, Innova Market Insights, there was a 62 percent increase in products with plant-based on the label between 2013 and 2017. The report notes that the growing awareness of the health impact of animal products is one reason behind the surge, another is an increasing concern for animals as well as the welfare of the environment.

The new frozen plant-based dishes from Lean Cuisine are available from major retailers and grocery stores across the U.S., retailing at $3.95 each.