Nearly 60 percent of chickens processed in the UK contain some levels of Campylobacter, according to a report by FoodNavigator. The bacterium is one of the most common causes of food poisoning in the nation, and it can lead to illness with a dose as little as a few hundred cells.

The Food Standards Agency (FSA) tested the top nine retailers in the country from January to March and found that 59.1 percent of the chickens contained low levels of Campylobacter, and 3.8% tested for high levels of the illness-inducing bacteria. The percentage of low-level Campylobacter-contaminated chickens has increased from previous tests within the past year; chickens contained 57.7 percent from October to December in 2017, and 48.7 percent from July to September. However, the amount of chickens contaminated with high levels of the bacteria have decreased slightly. Although this may seem like progress, the low-level-containing chickens may still be of some concern due to the minuscule dose necessary to induce sickness.

Michael Wright, director of policy and science at FSA told FoodNavigator, “We will continue to actively work with retailers and smaller poultry businesses to further reduce campylobacter levels.” 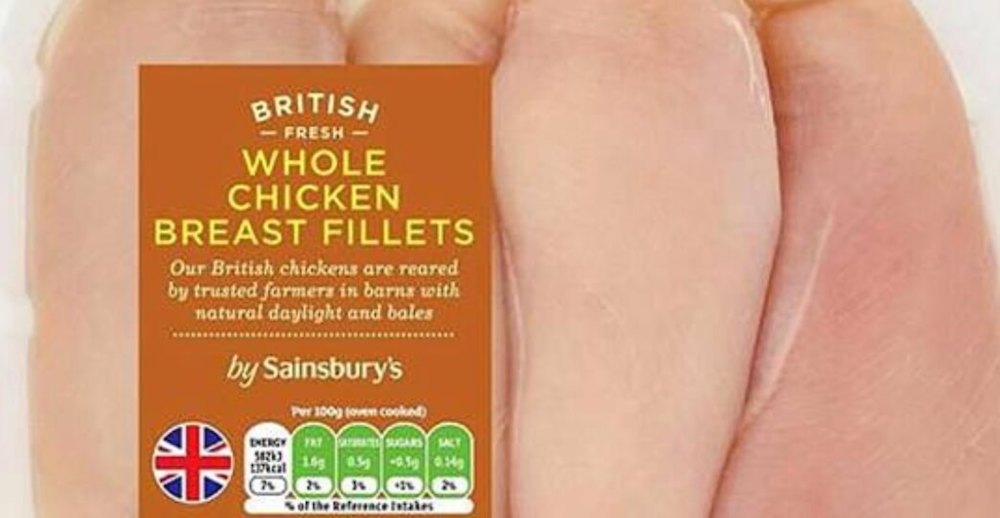 Food poisoning isn’t the only thing that’s making consumers second guess their chicken purchases. After realizing that many customers are squeamish about touching raw meat, Sainsbury’s made a move to create “touch-free” packaging, which allows the home cook to slide a chicken breast out of its plastic pouch directly into a skillet without having to touch the raw meat or risk contaminating kitchen surfaces with bacteria. When faced with the reality of what chicken actually is — meat from a once-living animal — some millennial consumers are beginning to have second thoughts.

A new study published by the University of Mauritius found that vegans and vegetarians may be less likely to get food poisoning. The research revolved around the use of kitchen towels and found that families who cook meat do not always properly sanitize their kitchen, leaving potentially harmful bacteria on their reusable wash towels. If one were to wipe down a counter with a Campylobacter-contaminated towel, they could put the household at risk, infecting even produce that was later placed on the same counter.