A new project in the Gambia aims to increase education and awareness surrounding animal advocacy.

The project’s objective is to help increase the number of animal advocates in the area through education and awareness. Abdou Manneh, the AWAA’s coordinator, told local news source Foroyaa that the project aims to train 200 people.

Bakary Jammeh, who works at the Department of Livestock Services, notes the importance of the advocacy the AWAA is doing. Jammeh will advocate creating an animal welfare unit at the department. 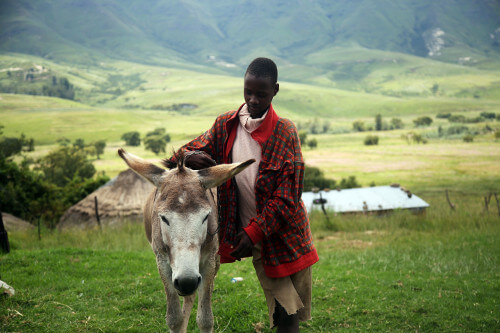 Gambia also is home to other animal charities. These organizations include the Animal Care Association of Gambia, the Association for the Welfare of Animals, and The Gambia Horse & Donkey Trust.

Beyond Gambia, many African nations have taken the initiative to protect wildlife.

Elephants, rhinos, and other animals are regally killed for their horns, tusks, and other body parts. According to the Tusk Task Force, the elephant population in the Gambia is now extinct because of poaching.

The Akashinga (“The Brave Ones”), an International Anti-Poaching Foundation conservation model, is based in Zimbabwe. A team of local disadvantaged women leads the group. Akashngai aims to work “with rather than against the local population” while protecting wildlife and wilderness areas.

The women within Akashinga are armed with rifles and operate in Zimbabwe’s lower Zambezi Valley – Africa’s poaching frontline. Akashinga works to provide a “solution to the end of hunting,” the Guardian reported. “These women are a growing squad of environmental shock troops for a new type of community development offensive.”

Last May, Kenya announced it might enforce capital punishment for wildlife poaching. The move was considered controversial.

“We have in place the Wildlife Conservation Act that was enacted in 2013 and which fetches offenders a life sentence or a fine of US$200,000,” Balala said. “However, this has not been deterrence enough to curb poaching, hence the proposed stiffer sentence.”