The world’s first “no-kill” eggs are now on sale in Germany. As reported by the Sun, the technology was developed by German scientists at Leipzig University, one of the world’s oldest universities.

Called SELEGGT, the company has created new technology free to hatcheries. Minister of Agriculture for the Federal Ministry of Food and Agriculture Julia Klöckner, SELEGGT’s managing director Dr. Ludger Breloh, and deputy chairman and the executive board of REWE Group, owner of Germany’s second-largest supermarket chain, Jan Kunath, made the announcement at a press conference last November.

Leipzig University scientists received roughly €5 million in funding in order to develop a method that allows hatcheries to determine the sex of chicks before they hatch. The procedure involves a laser that creates a miniature hole in the shell and a small amount of liquid is extracted, then tested for the hormone estrone sulfate, which is only present in female chickens. The method may spare the 45 million male chicks culled by the nation’s egg industry each year. 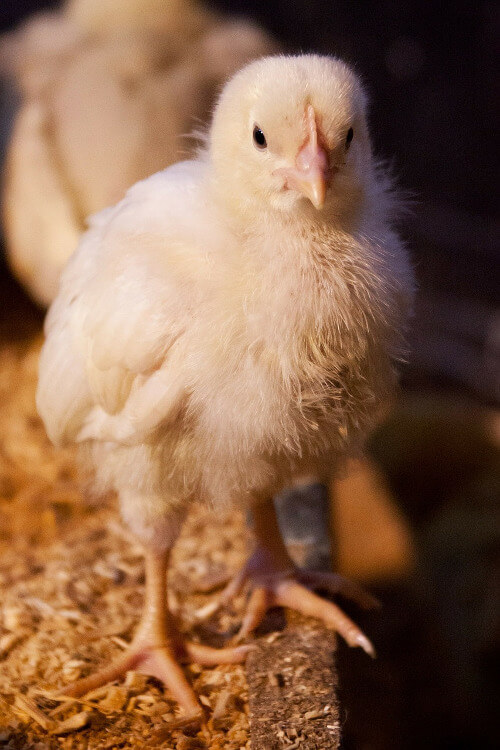 “This is a big day for animal welfare in Germany,” Klöckner said at the conference. “As soon as the procedure is available to all and all hatcheries work with the method, there is no reason and no justification for chick culling. …This is a top achievement for the scientists”

“We will be working hard to make the SELEGGT procedure available to hatcheries free of charge,” said Dr. Breloh.

While SELEGGT technology does not spare female chicks born to hatcheries from their inevitable fate of laying eggs in overcrowded facilities or suffering from mental and physical stress until their bodies are spent, the aim is to spare 45 million male chicks from a gruesome death.

In Germany as well as the U.S., male chicks are typically killed by being ground up alive or gassed. Because they cannot lay eggs, their lives are viewed as worthless by the industry. Any eggs identified as male will be ground up and used for animal feed.

“You can now contribute to overcoming the practice of chick culling through your buying behavior,” Kunath added.

The product of the new technology, called “Respeggt Free Range Eggs,” are now available in select supermarkets in Berlin. The company expects that the eggs will be available to more stores in 2019. And by 2020, the company hopes to make SELEGGT free to all hatcheries.