Meat-free alternative brand, Quorn, have had a great start to the year, with growth tracking ahead of what was expected. They’ve set their sights on becoming a multi-billion dollar brand over the next few years with plans to invest hundreds of thousands of pounds in order to improve their infrastructure.

The UK based brand has experienced a growth of around 15 percent in the UK during the first half of this year but its exports that are really making Quorn a global contender.

In the rest of Europe the company’s sales grew by 29 percent, in Asia and Australia 35 percent and in the US sales grew a huge 40 percent. The firm, which has two sites outside the UK in Chicago and Frankfurt, Germany, have said that they are proud of their export growth. Kevin Brennan, Quorn’s chief executive has stated that “[Quorn] are proud to be contributing to the UK’s export drive and to be investing in a British innovation that is vital to addressing the future need for protein across a growing global population.”

The brand are said to be taking this news as a sign that they will survive in a post-Brexit nation. They’re also hopeful that this new investment will create up to 300 new jobs on one of their three UK sites within the next 5 years.

The brand are putting the unprecedented growth down to a rise in the flexitarian, people who eat vegetarian meals sometimes but not others. With Olympic Gold Medalist, Mo Farah, as the face of Quorn, they advertise as a healthier protein source than meat. Flexitarians are usually concerned with the negative health effects of meat consumption as well as the impact that it has on the environment. In 2015, 35 percent of people identified as ‘semi-vegetarian’ in the UK. In the same year, when asked if they identified with the statement ‘by 2025 my diet will probably be mostly meat free’ 28 percent of 18-24 year olds and 27 percent of all women said yes. A similar picture was painted in the US where 30.1 million people actually identified as ‘flexitarian’. It seems that Quorn may be right as to the reasons behind their increased demand and with their investment they’ll be ahead of the game. 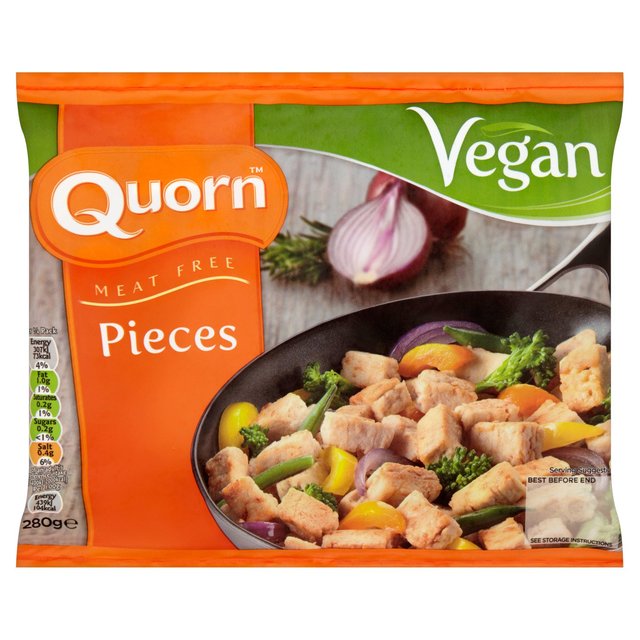 In previous years, Quorn has been a range only suitable for vegetarians on account of the fact that it’s products contained egg. However, in October 2015, 30 years after the brand’s inception, they began offering vegan versions of some of their products.

Quorn’s growth is fantastic news for Britain, not only do they have the potential to thrive in a post-brexit world but a UK based company might being a vegan leader on the world stage.