UN experts predict that by 2050, the world population will reach 9.7 billion. Factoring in the rising global demand for meat, many have questioned whether our current resource-intensive means of production can be sustained for future generations. However, current global food production can feed the rapidly growing world population, says new research, but only if most people replace meat and dairy with vegan foods.

Researchers from Lancaster University’s Environment Centre and Small World Consulting, a UK-based sustainability consulting firm with a focus on climate change, analyzed both the global and regional food supply in a study published in the journal “Anthropocene.” The researchers aimed to gain an understanding of how many crops are used for human consumption versus how many are fed to animals.

The study concluded that “current production of crops is sufficient to provide enough food for the projected global population of 9.7 billion in 2050,” but in order to do so, radical changes to our everyday food choices must be made. 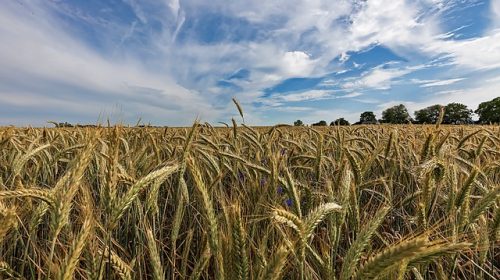 The research suggested that swapping “most” meat and dairy with vegan products is the first step, followed by social acceptance of eating crops such as maize, which is typically relegated as feed for livestock.

Researchers posit that if the global population does not adopt a more plant-centric diet in the near future, an increase of 119 percent in edible crops grown would be required by 2050. But, currently, the global livestock system occupies 45 percent of the earth’s arable land, leaving little room for new crops.

The new research is backed by previous studies. The largest analysis of global food production, which was published last month in the journal “Science,” revealed that a vegan diet is the most effective way to combat climate change. Further, it stated that if everyone eliminated beef from their diets, global land use would drop by 75 percent — freeing up arable land for crop production.

Additionally, a recent report by Our World in Data suggested that a plant-based diet has the potential to solve world hunger. Further, another study published by the National Academy of Sciences stated that swapping meat for vegan food could feed an additional 350 million people.