A major billboard campaign launched throughout New York City this week by the Catskill Animal Sanctuary, includes a giant billboard in the heart of Times Square, encouraging people to go vegan this holiday season and extend compassion to all animals.

A Catskill Animal Sanctuary resident pig named Amelia, a goat named Tula, and a steer named Bernard, rescued from the veal industry, are all featured in the campaign that encourages people to help the animals “know love.” 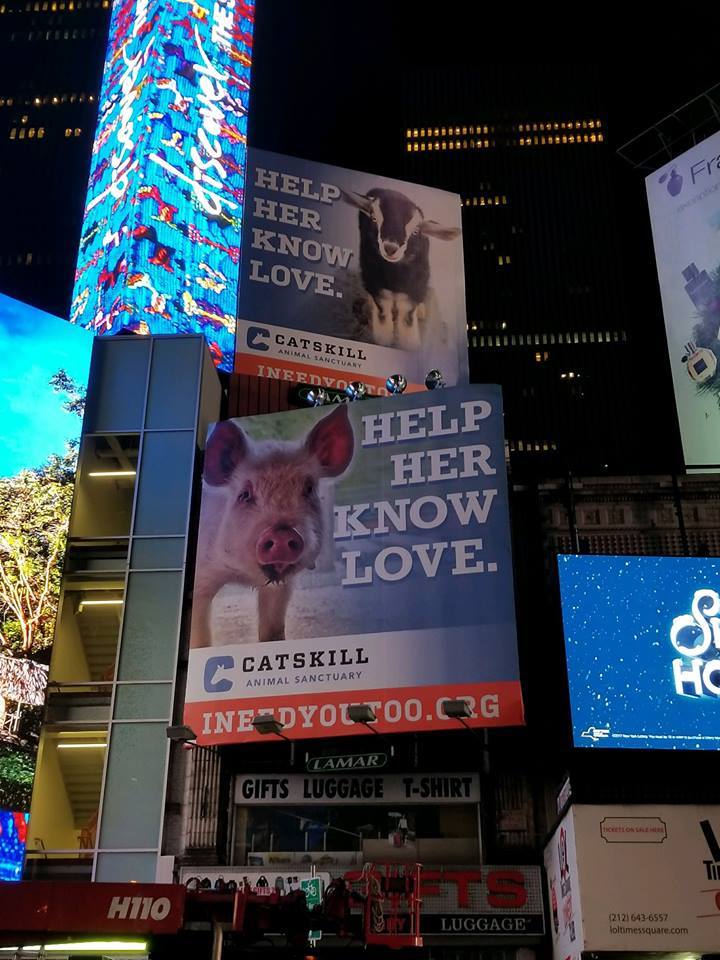 “Animals most of us consider food are no different than our pets–or us, for that matter. We all want the same things: comfort, safety, friendship, love. And we all want to avoid pain and suffering. Once people understand that in the ways that matter, we really are all the same, then it’s more difficult to love one animal and eat the other,” Founder/Director Kathy Stevens said in a statement.

According to Stevens, the holidays are a time when we celebrate with food and indulgence, but considering our health, the planet, and the other creatures we share this earth with is just as important, she says. “We’re simply inviting people to extend the love they have in their hearts to all species.”

The sanctuary is encouraging New Yorkers and the many visitors to the city to “snap a selfie” in front of the billboards and share on social with the tag #ineedyoutoo to enter to win a Sanctuary sweatshirt.