The Good Food Institute (GFI) and other vegan industry leaders are urging the United States Department of Agriculture (USDA) to commit to fair labeling practices. The ask comes in response to a recent petition issued by the US Cattleman’s Association (USCA) demanding that the USDA prohibit clean meat products from being labeled as meat.

Last month, USCA, a lobbyist group that aims to “enhance and expand the cattle industry’s voice on Capitol Hill,” presented a 15-page petition signed by various members of the organization to the USDA, imploring the department to take a hard stance on the labeling of plant-based and clean meat. “[B]oth the synthetic product and the lab-grown product from animal cells directly compete, or will soon directly compete, against actual beef products that are born, raised and harvested in the traditional manner,” the petition states. 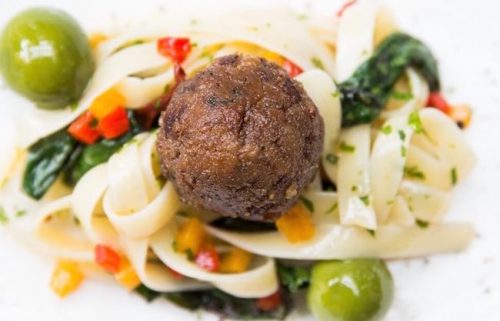 “USDA should reject this invitation to create new labeling conventions that favor one method of meat production over another. As we explain below, the USDA does not have the authority to grant the Cattlemen’s request,” the letter continues, stating that the jurisdiction of labeling for plant-based and clean meat products falls with the Food and Drug Administration (FDA), rather than the USDA.  It then highlights that in “April 2016, USDA referred an inquiry about the label of a plant-based bacon product to FDA because the product did not contain pork.”

The letter goes on to say that “Cattlemen’s proposal is out of step with the approach that the industry itself has urged USDA to take for years,” which is that it should “defend all products equally, enabling a marketing environment that allows consumer choice based on transparent facts.”

Finally, the letter concludes that if the USDA were to stand up against clean meat labeling, it may lead to a slippery slope of restricting innovation in the food industry. “Methods of cattle production today would have been unthinkable to our great-grandparents … If USDA were to limit meat and beef terms to the flesh of cattle born, raised, and killed in ‘the traditional manner,’ almost no meat on the market today could bear such labels. Do the Cattlemen really mean to propose a death knell for clear labels on the meat that they themselves produce?”

Clean meat has gained traction in recent years as more individuals learn about the impact that animal products have on the planet and their health. Some companies, such as JUST (formerly Hampton Creek) hope to debut its clean meat products on the market as early as this year, while Memphis Meats predicts that its products may be ready for market by 2021.