It’s shocking how many salads are not vegan. Salads are a signature vegan dish, and yet restaurants continue to adorn perfectly good produce with cheese, eggs, and meats. Even Google featured a hard-boiled egg in its salad emoji, until now. Finally, people are beginning to realize that plants have protein (you didn’t see Popeye the Sailorman chugging raw eggs – it was spinach that bulked up his biceps). Veganism has reached a critical tipping point, because Google just veganized the salad emoji.

In a recent reveal of its new updates for the Android P device, Google included 157 new emojis, in addition to revisions of current emojis. One of the most notable revisions is the deletion of the egg from the green salad. Jennifer Daniel, the head of design for Google emojis, tweeted today, “There’s big talk about inclusion and diversity at Google, so if you any evidence of Google is making this priority may I direct your attention to the emoji — we’ve removed the egg in Android P beta 2, making this a more inclusive vegan salad.” 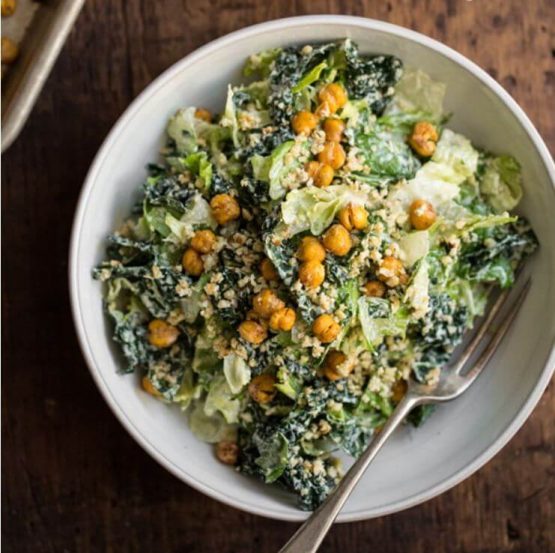 The new completely plant-based salad features a basic bowl of greens with two slices of tomato. Although the change is welcome, food media outlet, Eater, thinks Google could have made a greater effort in the redesign. Reporter Brenna Houck of Eater Detroit wrote, “The new version of the salad looks a little sad and, honestly, vegans deserve better (maybe throw in some carrots to brighten up all that lettuce and tomato?). Perhaps consider taking some cues from Apple’s salad emoji, which is served sans animal products but comes dressed up with plenty of sliced red onion, tomatoes, and cucumbers. Do better Google.”

Houck has a point. The stereotypical sad salad of limp iceberg lettuce or raw kale is far from appetizing. However, in the hands of a hungry vegan, salads can transform into protein-packed entrees. The simple addition of beans, nut-based dressings, and protein-heavy grains can take a salad from “rabbit food” to a seriously heavy, nutrient-dense meal.

Now that our phones are more vegan-friendly, we look to the restaurants of the world to take a hint from Google and follow its lead. Please offer at least one vegan-friendly salad. It is not enough to omit the goat cheese and butter-coated candied pecans, leaving a sad haystack of arugula dressed with a squeeze of lemon. Restaurant-goers are seeking more plant-based options without asking for modifications. Perhaps this is the beginning of the salad revolution.