All of the pizzas on the menu are bottomless. Mixed olives and mixed nuts, as well as side salads, are also available as side dishes.

Ramsay recently indicated he may be giving the vegan lifestyle a try in a post on his Instagram account. “Going to give this whole #vegan thing a try. Yes, guys, you heard that right. Gx,” the celebrity chef wrote. The announcement surprised many as Ramsay has openly mocked the vegan movement in the past. The chef even wrote on his Twitter account earlier this year, “I’m a member of PETA! People eating tasty animals…” 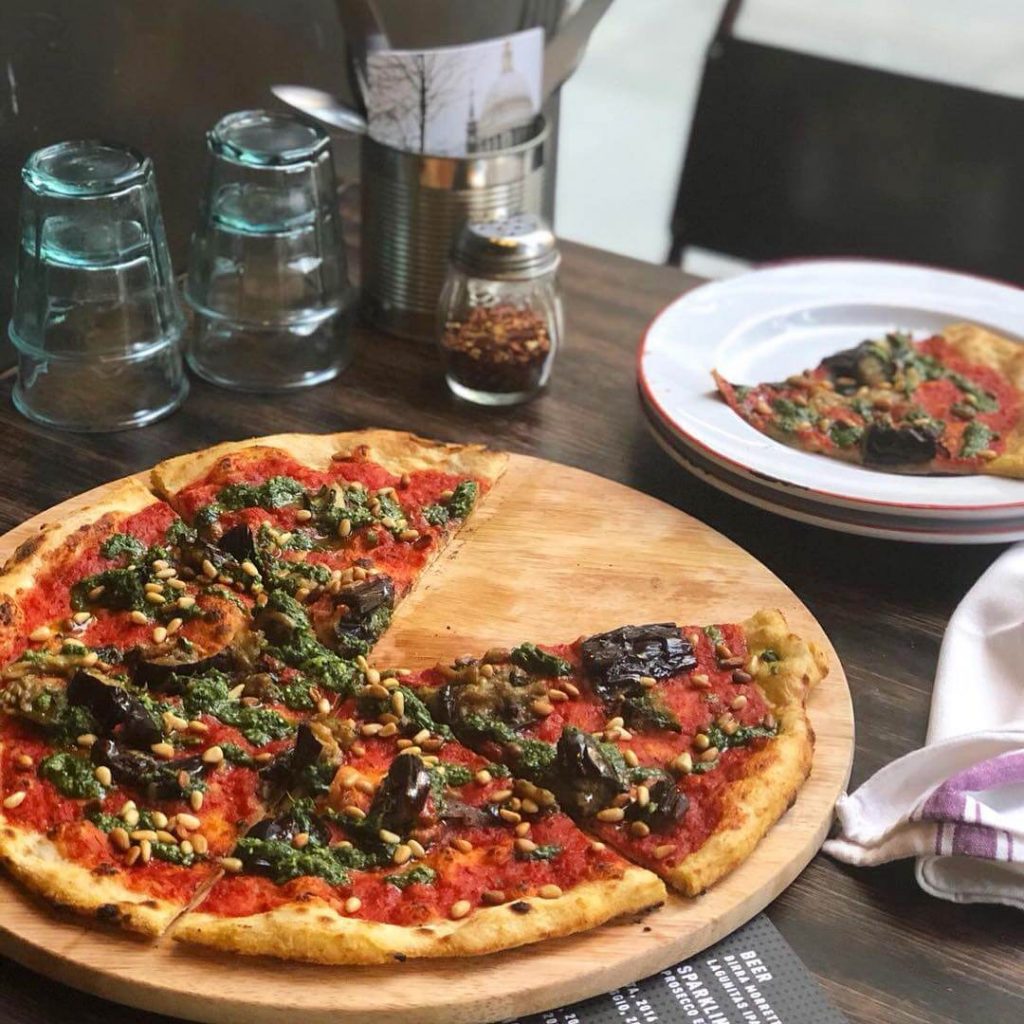 In January, Mao Chow, a vegan Chinese restaurant, opened for business inside the Pamela Cocktail Bar; whilst the restaurant is a pop-up, it is thought to remain open until next year at least. What the Pitta, a vegan kebab shop, also opened earlier this year in the city after beginning as a market stall in Shoreditch. Co-founder Cem Yildiz opened the permanent location due to a boom in meat-free, conscious, consumers.

“We have found that a lot of our customers are meat reducers, rather than strict vegans, and it’s great to see more and more people becoming conscious of where their food is coming from,” Yildiz told the Evening Standard.

The Blacksmith & Toffeemaker, one of the city’s pubs, has observed a similar change in buying habits from consumers. After it made the switch to an all-vegan menu in January, the team saw sales that were three times higher than average.

“It’s incredible,” general manager, Sam Pryor, enthused. “Everything we make we sell. Any increase in ingredient prices are offset by the lack of waste and we basically have free marketing courtesy of the incredible supportive vegan community.” He added, “the number of people choosing a vegan diet is growing exponentially.”