Eating vegan on the go just got more interesting. Supermarket chain Jewel-Osco recently launched vegan Fiesta Wrap burritos in the grab ‘n’ go section of 187 of its stores across America.

The product was created by Chicago-based vegan meal provider Moon Meals. “Our flagship product is our Fiesta Wrap which essentially is like a healthy burrito,” LaForce Baker, founder of Moon Meals, told The Chicago Citizen. The wraps, which feature freshly made vegan cheeses, meat, and sauces are said to be “really tasty” as well as “easy to grab and go right off the shelves.”

While the product took four years to perfect, the finished result will even appeal to meat-eaters, according to the company.

Baker claims that the vegan chorizo and taco meat will remind customers of ground beef, while the vegan nacho cheese sauce is “really reminiscent of that very creamy nacho cheese sauce that you get from a movie theatre.” He explained that the Fiesta Wrap will satisfy any craving for a traditional, animal product-heavy burrito with its “meaty cheesy slightly spicy taste,” but in a healthier, more sustainable way. 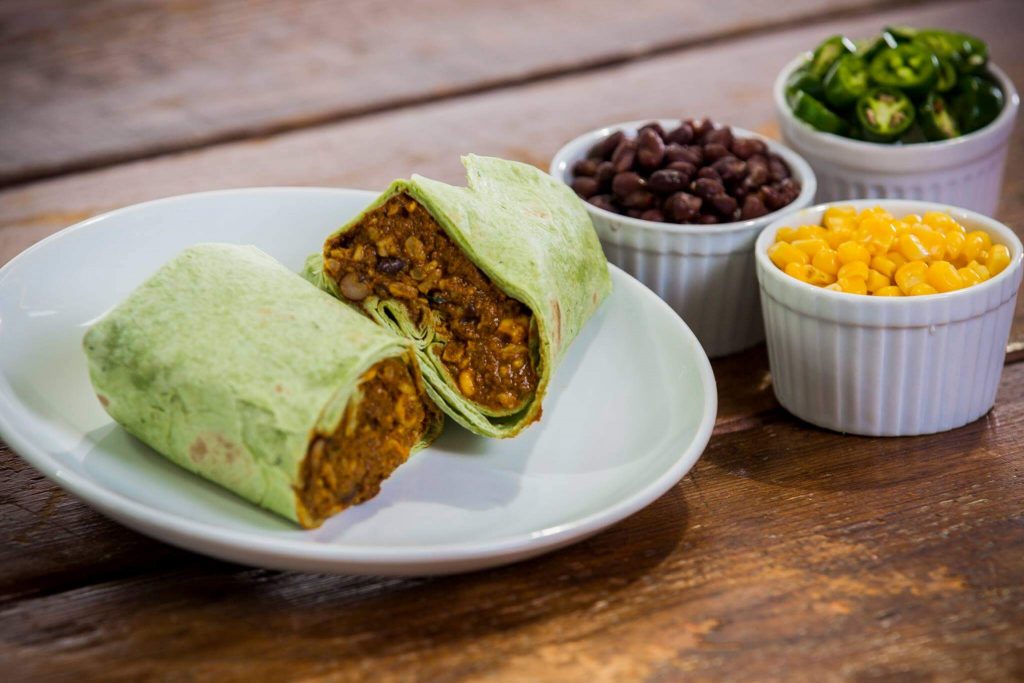 The decision to create healthier convenient food was inspired by Baker’s own childhood. Growing up on the far south side of Chicago, an area where healthy food options were scarce, Baker became overweight. He explained, “where I grew up it was pretty much a food swamp… there were food options but they were all fast food like McDonald’s, Popeyes, and J&J’s Fish. Growing up in an environment like that it’s really easy for someone to become overweight and that was me.” Determined to improve his health and fitness, he was inspired to teach himself the art of preparing delicious food that was actually good for the body.

Now, his Fiesta Wraps, recently made available in Illinois, Indiana, and Iowa, are helping others to eat conveniently while still taking care of themselves. Baker said, “I’m just excited that people get to experience what I get to experience on a day-to-day basis and not have to suffer with an unhealthy option just because there is nothing readily available when you don’t have a lot of time or a lot of money.”