The popular Channel 4 baking show “The Great British Bake Off,” is set to air its vegan episode next week.

Whilst the inclusion of a vegan baking challenge has some viewers skeptical, judges Paul Hollywood and Prue Leith believe the episode will win critics of plant-based food over.

“We wanted something different and something that was happening in this country,” Hollywood said at the launch of this year’s series. “Veganism seems to be growing and we wanted to represent it on the Bake Off this year, and that’s why it’s in.” He added, “You’ve got to judge [the vegan baking challenge] the same way you would judge it on a conventional. You can’t judge it and say ‘it’s ok for vegan,’ it’s got to taste good. Period. So we judged it and we were surprised.”

Leith continued, “You shouldn’t miss [the vegan baking challenge]. If you’re a vegan or thinking of becoming a vegan or think about it and worry about how it will change your life, it’ll shock you. It shocked me as well honestly.” 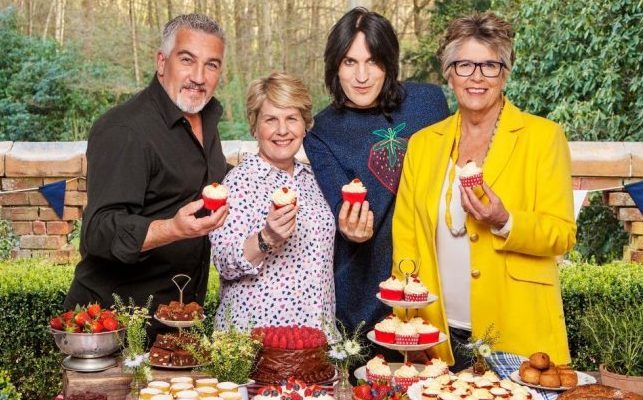 Prompted by comedian and presenter of the show Noel Fielding, the producers hope the inclusion of the vegan week will help to win over a younger demographic. Millennials and Gen Zers are some of the UK’s most conscious consumers, with over half of those aged between 16 and 29 attempting to go vegan in the last year alone.

“When Noel put forward the idea producers leapt at the chance to try something different — especially as they think it’ll appeal to younger viewers,” an anonymous source revealed to The Sun earlier this year. “While the show has a loyal fanbase, those in charge are keen to snap up a different demographic.”

The Great British Bake Off isn’t the only Channel 4 cooking show to give vegan recipes a whirl this year. Celebrity chefs Jamie Oliver and Jimmy Doherty are set to feature a vegan episode on their popular program “Jamie and Jimmy’s Friday Night Feast.” Guest-starring plant-based runner Tim Shieff, this is the first time the pair has dedicated a show to vegan cooking.

The Great British Bake Off’s vegan episode is set to air on Tuesday, October 9 on Channel 4.