The hype for Greggs vegan sausage rolls is officially out of control. Not only are some people bidding up to £7 for it on eBay (despite the £1 price in stores), one retailer is also offering Greggs-themed vegan sausage roll t-shirts.

Tattoo, Print, and clothing store The Uninvited is offering its customers a Greggs-themed t-shirt and tote bag with the slogan “Sex, Drugs, and Vegan Sausage Rolls.” The brand notes on its website, “You know what they say, Nothing beats a bit of Vegan Sausage roll in the morning!”

Across the nation, customers are taking to social media to share that their local Greggs is practically sold out of the vegan sausage roll. For those who have managed to try one, many even believe it’s better than the original and Twitter is awash with customers singing its praises.

One user, Simon Armstrong, posted, “pleased to confirm that the new Greggs Vegan sausage roll is far superior to the other one. Proper tasty.” Jack Daly, another Twitter user, said “the new Greggs roll is absolutely amazing. Every year I think being vegan can’t get better but every year it somehow does.”

Greggs’ new vegan snack originally launched in 950 stores nationwide, but you might have trouble finding one. Across the UK, people are taking to social media to share images of empty shelves at their local Greggs, with one customer reporting that he found none, even after visiting three locations. In some cases, when the new dish is available, people are buying multiple vegan sausage rolls from the bakery chain. 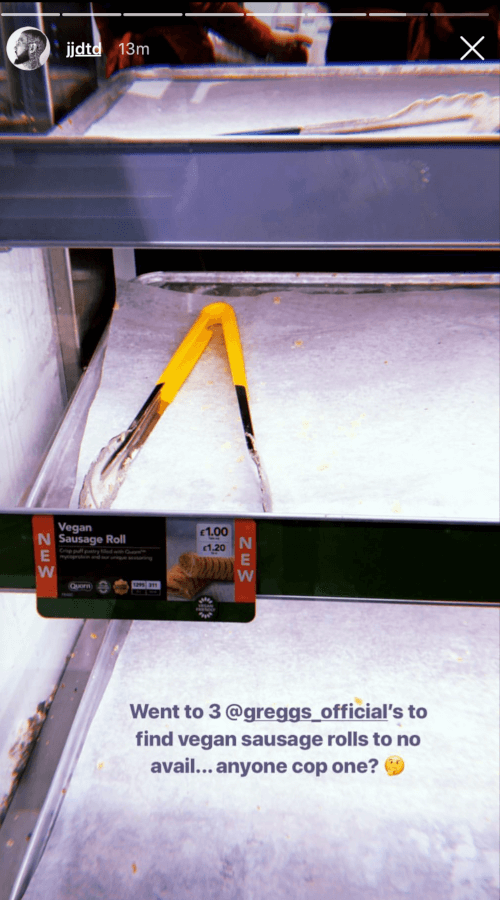 Greggs is famous for its classic sausage rolls, selling as many as 1.5 million a week, according to Bloomberg. The new meatless option consists of Quorn vegan sausage meat wrapped in 96 layers of dairy-free puff pastry. According to Greggs chief executive Roger Whiteside, the launch was inspired by overwhelming consumer demand.

“Like many food retailers we have seen increasing demand for vegetarian and vegan products,” he told the Independent. “We have been trying to develop a vegan version of our famous sausage roll for some time now.”

Where to Buy Greggs Vegan Sausage Roll in an iPhone Box

Some lucky individuals even managed to nab a veggie sausage roll packaged in an iPhone-style box, because why not be a little extra?

According to customers, Greggs’ Newcastle location has taken the launch a step further by offering the vegan sausage roll in a limited-edition iPhone-style box. 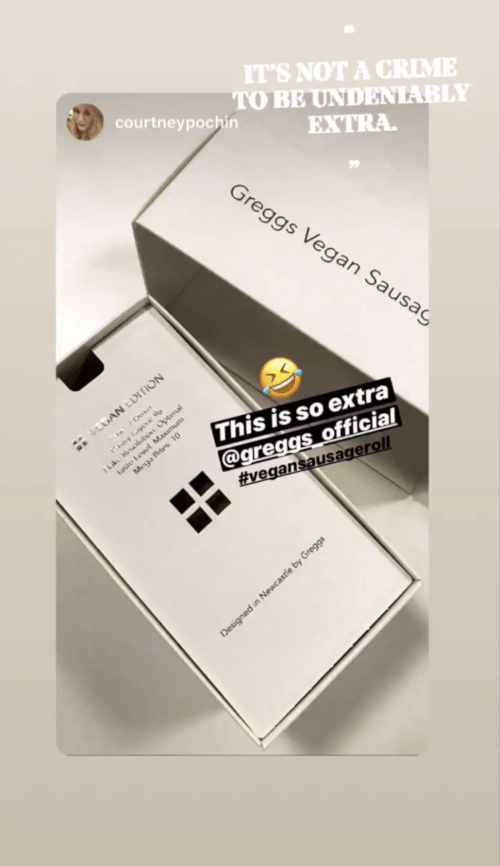 Despite some uproar from customers who are upset with Greggs for releasing a meatless sausage roll, customers that have had the chance to try the vegan snack are in love. Bloomberg author Richard Vines, who is “not a fan of sausage rolls in general,” declared that it’s just as good as the original.

Greggs vegan sausage rolls are available at 950 locations across the UK. Although it plans to soon introduce the menu item at all locations, for the time being, tracking one down may be a challenge. There’s always eBay.