Alaskan Kodiak Island bears typically are known to feed on salmon during the early summer and then move on to elderberries later in August and September. But now, warming temperatures (more climate change news, unfortunately) means that the berries are ripening earlier than usual. On average, red elderberries are ripening two and a half days earlier every decade: this may not sound significant, but if this pattern continues they will regularly overlap with the salmon by 2070. 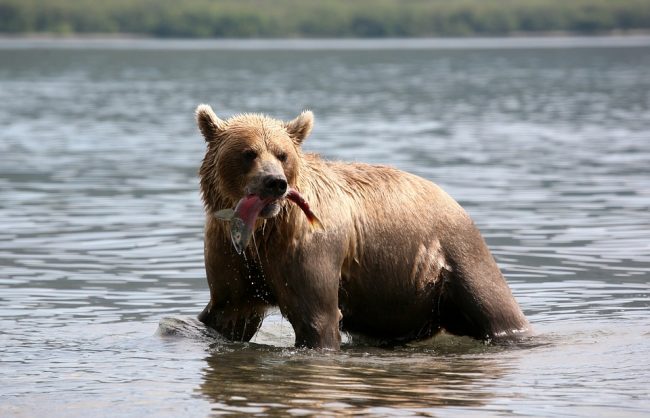 William Deacy, a biologist at Oregan State University, described the situation as “like if breakfast and lunch were served at the same time and then there is nothing to eat until dinner. You have to choose between breakfast and lunch because you can only eat so much at a time.”

And the bears are opting for the berries.

Studies found that during 2014’s abnormally warm summer, the bears who would traditionally kill a whopping 75% of the salmon could not even be found near the streams.

Instead, the were busy in the hills filling their faces with berries. 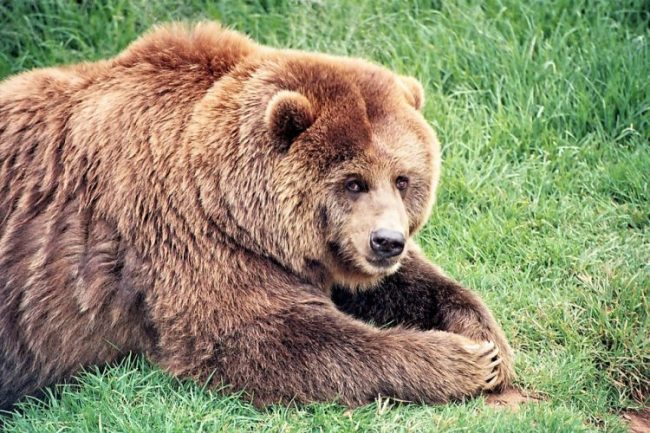 Because berries take less energy to break down – and don’t require hunting – plus they have a better nutrient profile, the bears worked out that they can gain weight more quickly when depending on the berries.

While this might all sound cool, biologists are concerned that this impact of climate change could affect the entire ecosystem.  A study on this said, “[b]ears switched from eating salmon to elderberries, disrupting an ecological link that typically fertilizes terrestrial ecosystems and generates high mortality rates for salmon.” Researchers found that forests surrounding the streams suffered with the lack of fish carcasses to enrich the soil.

So it’s a cool fact for vegans, but a regrettable reminder of the warmth rising in our planet.

This news ultimately tells us two key things. Firstly, that climate change is real and it’s having a real and measurable impact in nature.

Secondly, it’s turns out that eating other animals isn’t one of the bare necessities of life.