“Well, today didn’t really go as expected! ? I was at @stagecoach visiting/working on some stuff. And went over to @guyfieri’s area to get a picture for my dude and our friend.? Then, Guy told me that he had a vegan part of his Stagecoach menu!? (And also, that restaurants not making #vegan food are “lazy”! ?) Helloooo mainstream!” captioned Sobon. 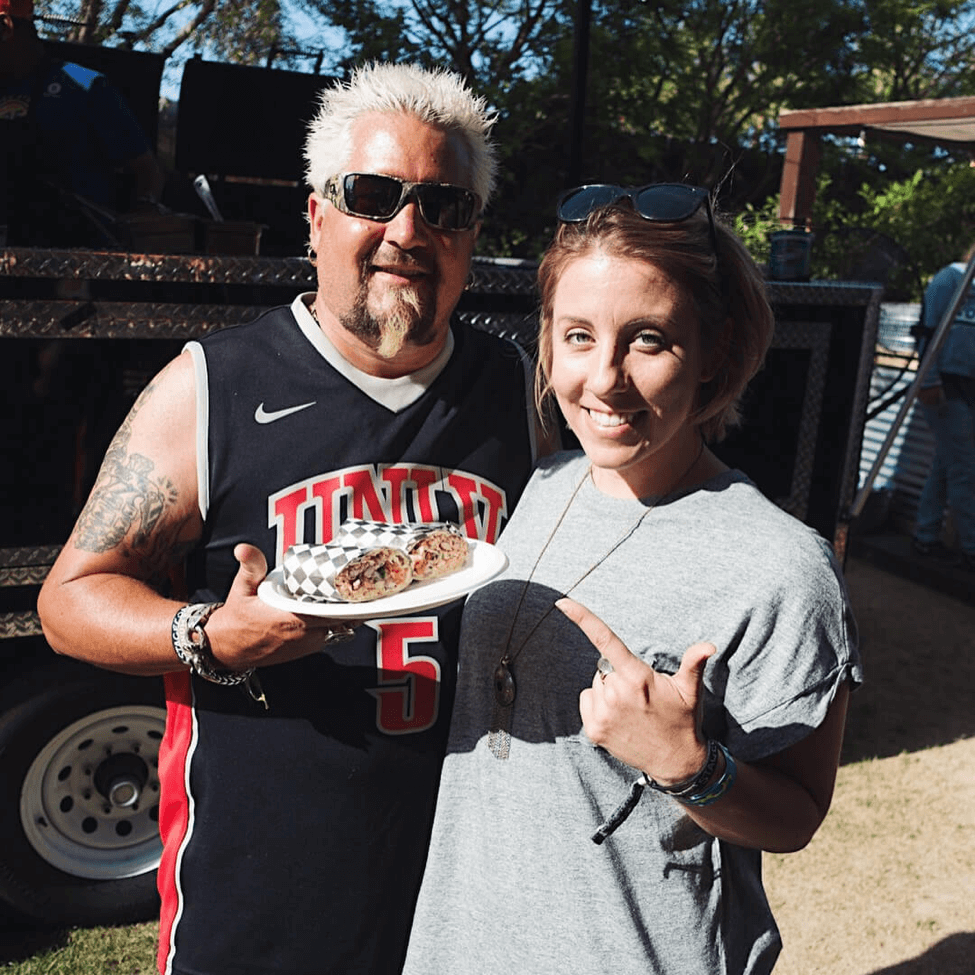 “So, I had to give the Thai Curry Burrito a try – it was tasty!? And Guy insisted on photographing me eating it?… Overall, hilarious and really awesome to hear someone who has eaten/made a lot of non-vegan food talk about it in such a positive light. Great meeting you, Dude!?,” the vegan foodie stated.

Fieri is reputable for his meat-centric shows on the Food Network, and the inclusion of meat in his diet. However, the star is not adverse to vegetarian and vegan meals.

“I always tell my family—and they laugh about it—but someday I will write a vegetarian book,” Fieri told media publication PEOPLE at the Carnival Summertime Beer-B-Que, which was held in New York City two years ago. “My cousin, who’s a big vegetarian, tells me flat out, ‘You’re my favorite vegetarian chef.’” 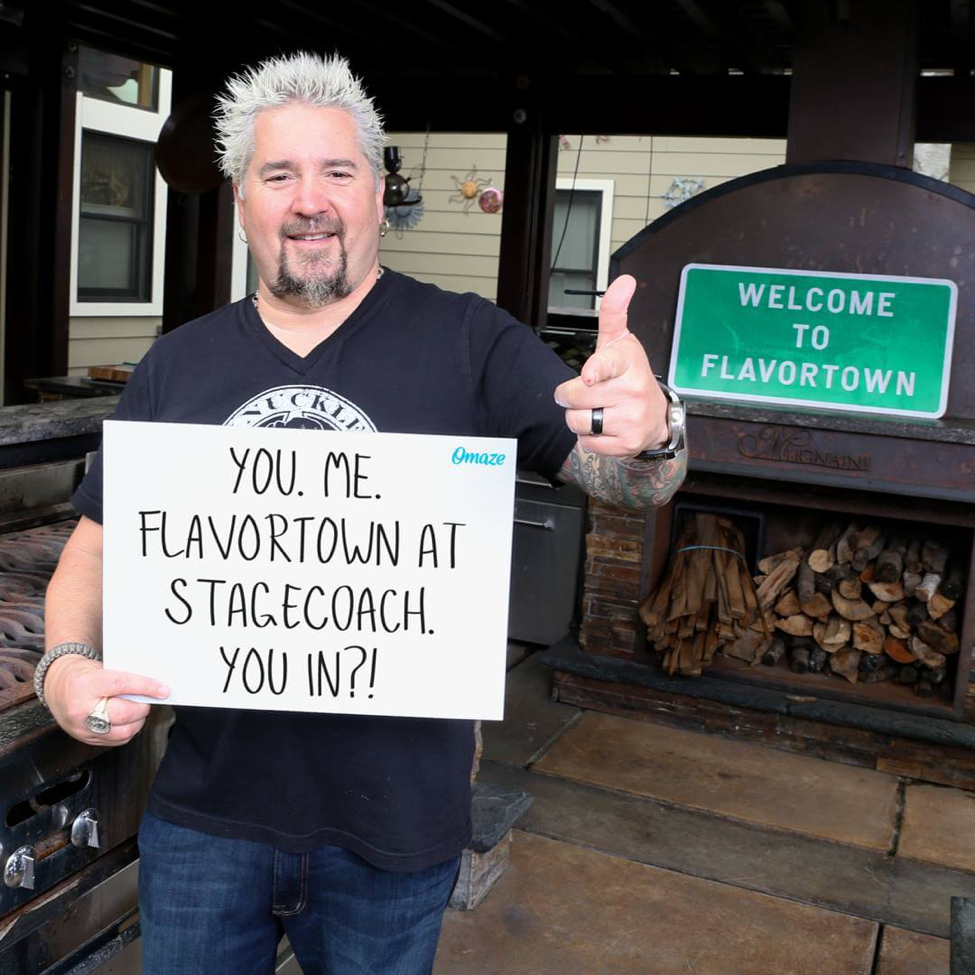 PEOPLE added that the restaurateur first found his “love” for “creating vegetarian dishes while cooking for his late sister, Morgan Fieri, as she battled cancer in 2011.” Fieri noted he learned “so much,” about a meat-free diet. “At first, people think about vegetarian food like, ‘Here’s some veggies. Here’s some pasta.’ But there’s so much more you can do in the vegetarian and vegan world,” he mentioned.

Fieri added, “I cook so much vegetarian and vegan food, it’s crazy!”

The star also hosted vegan butchers The Herbivorous Butchers on his show “Diners, Drive-Ins and Dives,” in 2016.

Vegan food is taking professional chefs by storm, as of late. Earlier this month, fellow chef and television personality, Anthony Bourdain, told Eater that he is “all for” Impossible Foods’ vegan burger patty, as he recognizes how the plant-based meat can feed many people and reduce the impact of world hunger. And chef Gordon Ramsay not only recently said he’s decided to give the “vegan thing” a try, but will also offer “bottomless” vegan pizzas at his new London restaurant.