The announcement follows a statement released in mid-September by the Hanoi People’s Committee, which urges residents of the Vietnamese capital to stop eating dog meat. According to officials, the popularity of dog meat makes the city less favorable to tourists and can lead to the spread of diseases, including rabies and leptospirosis. Additionally, the committee hopes its efforts will encourage locals to “see value in treating animals humanely.”

Shortly after the announcement, Ngoc Son Nguyen, director of the city’s Department of Health, issued a statement saying that officials would gradually phase out the dog meat trade, adding that it will no longer be available in the city center by 2021. Official statistics indicate that 1,000 shops within Hanoi still sell dog meat. 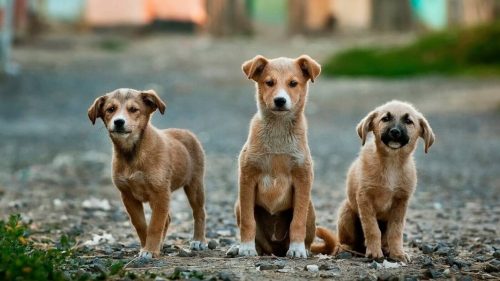 The decision was praised by the Animals Asia Foundation (AAF), a nonprofit organization that campaigns for the fair treatment of animals in East Asia. “This is not a cultural issue. We do not discuss whether people eat or do not eat dog meat,” said AAF chief representative, Tuan Bendixsen, in a statement. “The problem to be discussed here is that the AAF has a lot of evidence proving the cruelty in the entire process of killing dogs for meat, from transporting, confining to slaughtering them.”

“It is not right to treat dogs as farm animals like chickens, pigs or cows. And what’s more is that it is almost impossible to distinguish a dog raised in a farm for meat from those stolen from a family,” Bendixsen continued. Data from the Asia Canine Protection Alliance (ACPA) estimates that 20,000 dogs become victim to the trade each year, many of which are family pets who have been stolen from their homes.

Though cat meat is less popular, the committee asked citizens to stop eating cat meat as well, highlighting the cruel nature of the industry. The city government hopes that the Hanoi cat meat trade can also eventually be phased out.