UK meat and dairy companies have come under fire for false advertisement, reports the Independent.

According to the organization Compassion in World Farming (CiWF), food brands such as soft cheese company Dairylea and turkey producer Bernard Matthews are responsible for misleading customers.

Both companies depict “happy” animals on their product packaging; cows on a green field under a blue sky with plenty of room to roam are shown on Dairylea Cheese Triangles, and on the packaging for its turkey nuggets and pieces, Bernard Matthews depicts a similar image with field gates and tractors.

These images are false, says CiWF, and they lead customers to buy into a trade that they think is kinder to animals than the reality. “If consumers could see behind closed doors they’d be shocked,” Sean Gilford, who works for CiWF, told the Independent.“If a pig is kept intensively all its life – with mother sows unable to even turn around to interact with her young – shoppers should be told. The brands we’ve highlighted are just the tip of the iceberg – there are many out there with misleading labels.”

Bronwen Reinhardt, the honest labeling campaign manager for CiWF, added, “labels on intensively reared products frequently display misleading images of rolling landscapes and happy animals, when in reality the livestock are crammed into barren cages, kept indoors all their lives or kept in such close confinement that they are unable to express their natural behaviours.” 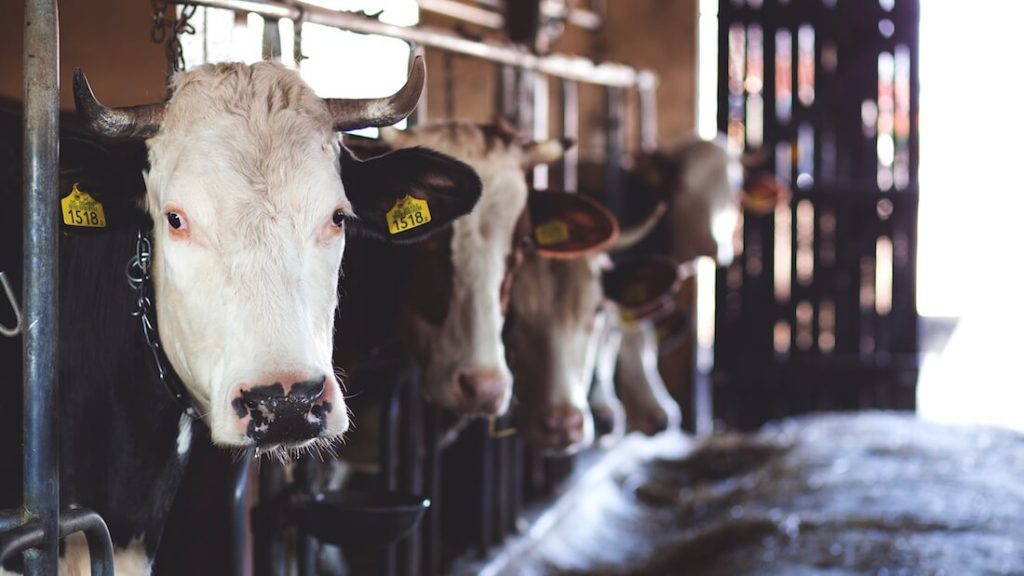 To help combat this issue, CiWF has launched a petition. The document asks the government to impose stricter regulations on animal product advertising, drawing on the example of eggs to back up its argument. “Once eggs were labeled by farming method: Caged, Barn, Free Range or Organic, consumers bought more the higher welfare eggs, changing the lives of millions of hens,” the petition notes.

The Department for Environment, Food, and Rural Affairs (DEFRA) is already marginally aware of the problem. Earlier this year, it ran a consultation on the future of farming after the UK exits the European Union.

The department said during the consultation, “It is not always clear to the consumer what standards underpin welfare terminology; and definitions on labels, such as ‘grass-fed,’ can vary between retailers. We are considering whether providing greater clarity of information to consumers could support higher welfare production.”

To learn more about this issue and the mission of CiWF, please see here.