This weekend Harry Potter fanatics made headlines, but the reason is less than magical.

Wildlife experts have become concerned over wild birds being sold as pets to families keen to have their own ‘Hedwig.’ A global demand has been created following the Harry Potter saga, and conservationists are concerned.

This illegal trade in owls has spiked in the far east in places such as Indonesia, and researchers now fear for the survival of these birds, almost all of whom are taken from the wild and most of whom will die shortly after being removed from the wild.

Given the conditions these birds face, many owls die before they make it to a home, or even a market. Nijman and Nekaris, researchers who investigated the issue, said, “[i]f you have a few-days-old chick and you put them in 35 degrees [Celsius] hot sun, you don’t give them any water, you don’t give them any food, there’s a good chance that, at the end of the day, they don’t move anymore.”

In 2001 when the first film was released, a few hundred owls were sold at Indonesia’s bird markets. By 2016, the figure had risen dramatically to over 13,000. 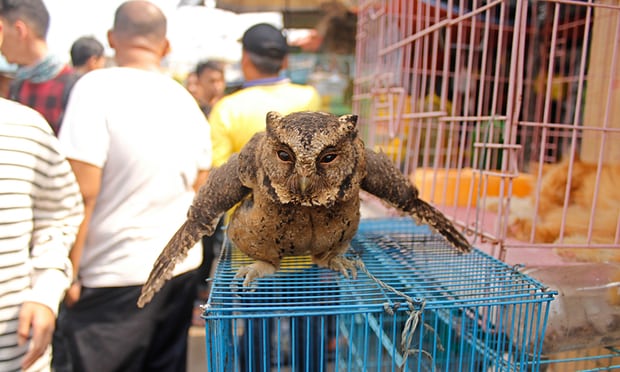 Owls for sale are typically called ‘Burung Hantu’, which translates as ‘ghost bird.’ Now though, Nijman claims the birds are more frequently referred to as ‘Burung Harry Potter.’

Consequently, it is being argued that owls must be added to Indonesia’s list of protected bird species. The bird trade is particular concern because there already exist many threats to the birds, who are often hunted to extinction or near-extinction. Owl trading is particularly worrying for Nijman because of the role owls play in the ecosystem: they are paramount fixtures in Indonesian forests and farmlands; as top predators, they are essential to keep populations controlled and to eliminate agricultural pests.

Indonesia is not the sole culprit: many other countries have noted increases in sales of owls, largely attributed to the popularity of Harry Potter.

In fact, the Indian MP Jairam Ramesh has directly placed blame with Harry Potter fans in their role in the decreasing numbers of wild owls in the country.

He said, “[f]ollowing Harry Potter, there seems to be a strange fascination even among the urban middle classes for presenting their children with owls.” Given that the owls are being sold for around $10-30, they are indeed affordable to many middle-class families.

JK Rowling has condemned the keeping of owls as pets, prompted after a wave of abandonment of pet owls in the UK after the release of the first film. Rowling said, “[i]f anybody has been influenced by my books to think an owl would be happiest shut in a small cage and kept in a house, I would like to take this opportunity to say as forcefully as I can. ‘You are wrong’.”

If you really want to be magical, don’t buy an owl.