Bloomsbury Sigma, a non-fiction focused subsidiary of Bloomsbury Publishing, just signed with vegan author and nonprofit leader, Leah Garcés. The international company is one of the world’s largest publishers, gaining fame through its work with the timeless Harry Potter series.

Garcés upcoming book, “Grilled: Turning Adversaries to Allies in the Fight to Change the Chicken Industry,” will detail the steps that need to take place to create better, more humane conditions in egg and poultry production.

A Bloomsbury spokesperson said that the book is told through “the unexpected and thought-provoking stories of the change-makers – whistleblowing rural American farmers, chicken tycoons, hardcore activists, venture capitalists and laboratory meat scientists – who together create the powerful formula that is starting to undo the ills of factory farming.”

By recounting these stories, Garcés does not come off as aggressive or one-sided. She inspires change through her narrative, opening up a discussion and allowing for both sides to weigh in.

Jim Martin, Sigma’s publisher, commented, “Leah’s story of how she is achieving demonstrable change not through conflict, anger, and protest but via dialogue, friendship, and persuasion, improving the lives of millions, perhaps billions of animals in the process, is simply irresistible, and I’m proud to have the opportunity to bring it to a wide audience.” 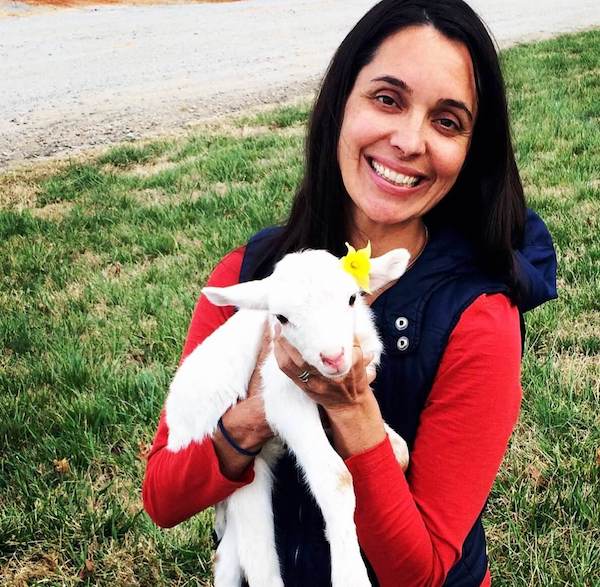 Garcés, who currently serves as the U.S. Executive Director for Compassion in World Farming and the future President of Mercy for Animals, is an experienced leader and well-educated advocate. She holds a BSc in Zoology and a Masters in Sustainable Development. She is also a regular contributor for Food Safety News. In a statement regarding her new project, she said, “For years, we activists have gone head to head with the industry but only made marginal inroads. Then we took a different approach. In Grilled, I tell the story of the tremendous progress we made when we had the courage to go out of our comfort zone and engage with the so-called enemy.”

Many animal welfare organizations agree that the path to success is through collaboration, not conflict. Nonprofits such as the Humane Society and the Befreegle Foundation both work with their respective “enemies” to create a more humane world. For example, the Humane Society has contracted with numerous dog meat farms; the farmers relinquish their dogs in exchange for training to create a more compassionate livelihood. The Befreegle Foundation enters into agreements with medical research facilities that experiment on beagles. When the research is concluded, the beagles are sent to the foundation to be adopted, rather than euthanized at the lab.