Rejoice! Clover Food Labs in Harvard Square have just got the choice of another plant-based food option – in the form of a meat-free ‘meatball’ sandwich. These desirable sandwiches will include soy-based ‘meatballs’ that are made from chunks of the Impossible Burger.

Impossible burgers are plant-based alternatives that rival the taste, texture and smell of meat, they even bleed beetroot ‘blood’. The first vendor offering Impossible ‘meat’ as a meatball sandwich, will be in the newly opened Clover Food Labs at a Science Centre location, Massachusetts.

Impossible Foods recently came under fire for testing a key ingredient on animals, thus provoking questions on whether their products can actually be considered truly vegan or not. However, this hasn’t stopped the company from expanding their production to 1 million burgers per week and increasing their mainstream product availability.

While eager consumers should expect to see Impossible Foods on shelves before 2018, there has been some delays and many are getting impatient – the sale of these products are long anticipated by a wide range of consumers.

The announcement about the ‘meatball’ sandwiches comes days after Tofurky begin sales at Wholefoods UK of their new cold-cut sandwiches with vegan-friendly deli slices. Because, why should anyone have to settle for a piece of lettuce between bland bread slices when you can have all the good tastes and texture of meat, and still eat vegan?

According to The Crimson, after a tasting of the meatballs at an event led by Founder and CEO of Impossible Foods – Patrick O. Brown, several attendees enjoyed were impressed but overall opinions were divided on whether they could replace traditional meat. Including one guest who said “As long as it tastes good, it’s fine. It doesn’t need to taste exactly like a hamburger.” Another guest believes the meatballs taste ‘exactly‘ like real meat but deemed them over-seasoned for her personal taste. 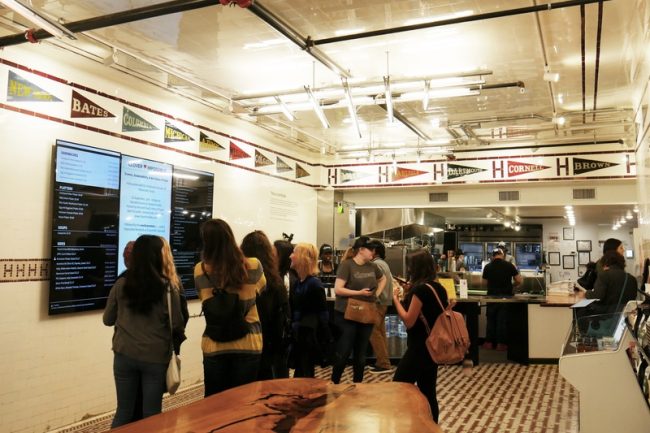 Also at the tasting event, Patrick O. Brown remained confident in the company’s capability of achieving their goal to completely eliminate animal products from the food system before 2035. Quite a feat considering society is still predominantly non-vegan.  He added “Our [meat alternative] is getting better everyday while the cow’s [beef meat] is not.”

Brown says that for the time being – Impossible Foods is “establishing that beachhead and building our own brand.” If that means consumers will be seeing more news such as this and hopefully soon getting our hot hands on some Impossible Foods believable vegan ‘meat’ – this is yet another positive step to a shift in the global food system and toward a more plant-based future.