It has come to light that recent news that architect André Ford’s “Headless Chicken Solution” is being considered as a genuine alternative to current farming methods is not true. Although Ford did in fact come up with this theory, it has been brushed aside as an impractical method of farming and we won’t be seeing it appear in the poultry industry anytime soon.

Ford’s idea included removing the cerebral cortex of chickens and feeding them through tubes so that we could make the most use of space when it comes to chicken farming whilst the chickens were entirely unaware of their surroundings. Unsurprisingly the idea of disabling chickens caused a negative reaction amongst readers.

However, the realities of poultry farming are still a cause for concern. In Britain in 2012 battery hens were made illegal. That meant that farmers were no longer allowed to keep hens in cages that were smaller than an A4 piece of paper. The fact that this was allowed less than 10 years ago seems terrifying in itself but the system that replaced battery cages with enriched cages, are not much better. 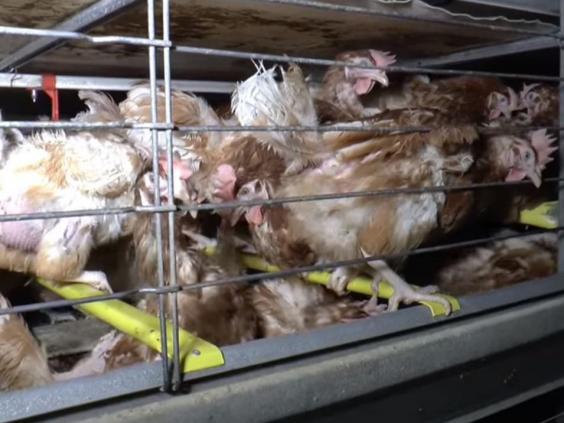 Enriched cages are cages that hens in the UK are legally allowed to be kept in but the guidelines allow for them to be just a small amount bigger than an A4 piece of paper.

Around half of the eggs consumed in the UK are from caged hens, and despite the way it might sound, free range hens don’t have a much better life either. It is perfectly legal for all hens, whether caged or free range, to have their beaks clipped and this often happens when they are just one day old. Hens use their beaks to sense the world around them, it is in fact their primary sensory organ.

Oftentimes free range hens are not provided with open space that they feel comfortable in. If there aren’t enough trees or shaded areas they feel vulnerable to predators and will often choose to stay inside where they face similar space problems to caged hens.

For male chicks, the suffering is shortened but horrific. Aside from a select few taken to help repopulate, male chicks are ground up alive within the first four days of their lives because they are completely useless to the egg industry.

Broiler hens (hens reared for chicken as opposed to eggs) are forced into equally terrible lives. Thanks to many years of genetic selection, chickens now grow to much greater sizes than they previously did and are alive for much shorter periods of time. Most broiler chickens’ legs cannot hold their own weight by the time they are ready for slaughter. Often the hens die because their hearts are swallowed by breast muscles or through heart attacks. 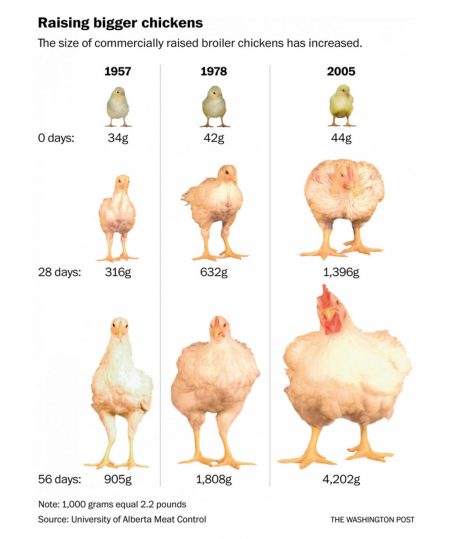 Ultimately chickens are not leading any better a life than they would be were their feet cut off and they attached to tubes. The egg and chicken industries do not treat chickens like sentient beings, they are treated as commodities.

All they are worth to farmers are the money they can generate from the sale of their eggs or their carcasses.

Ford’s ‘solution’ may be little more than a daydream, but the reality of farmed hen’s is nothing short of a nightmare.