A new study has linked whole foods and vegan diets with healthy cellular aging in women. The state of one’s cells is critical, according to research, as healthy cells help to ward off chronic disease.

The study was published in the American Journal of Epidemiology and conducted by researchers at the University of Michigan School of Public Health and the University of California, San Francisco. Telomere length was used to measure the age of the participants’ cells. Telomeres are often likened to shoelace caps; they are located on the ends of chromosomes, like a cap, and stabilize and protect the cell’s DNA. These protein structures are the most telling of a cells’ age; they shorten in length after each cell cycle, so the shorter the telomere, the older the cell.

Yet, recent research has shown that telomeres can be shortened by more than just the natural cell cycle; one’s behavior and actions, such as diet, also come into play.

The University team observed four standard “healthy” diets of almost 5,000 adults in America. These diets included the Mediterranean diet, the DASH diet, and two others developed by the U.S. Department of Agriculture and the Harvard T.H. Chan School of Public Health. All of these diets are rich in fruits, vegetables, and plant-based protein and low in sugar, sodium, and red and processed meat. 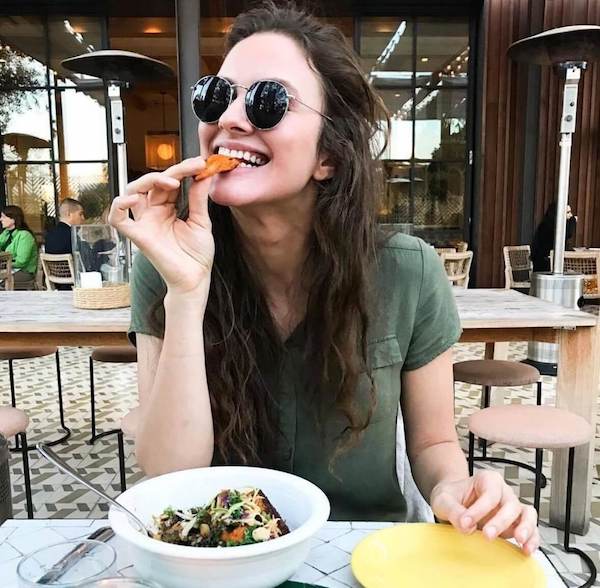 The results indicated that women particularly benefit from these produce-heavy diets, as their telomere length was significantly long.

Lead author Cindy Leung said in a press release published by EurekaAlert!, “The key takeaway is that following a healthy diet can help us maintain healthy cells and avoid certain chronic diseases.” She continued, “Emphasis should be placed on improving the overall quality of your diet rather than emphasizing individual foods or nutrients.”

Leung also explained why men did not see as significant a benefit in telomere length as women. “In our study, as well as in previous studies, men tended to have lower diet quality scores than women. Men also had higher intakes of sugary beverages and processed meats, both of which have been associated with shorter telomeres in prior studies.”

Leung also noted that, although additional research is needed, it is possible that people need to consume, “higher amounts of protective foods in order to negate the harmful effects of others.” In essence, according to these findings, a whole foods, vegan diet can support a healthy life and decrease one’s risk of chronic disease.