Earlier this month, the brand took to social media to announce the new product. The pops are marketed toward “all [the] allergy aware,” including vegan clientele.

Not only are these frozen sweet treats dairy-free, they are also gluten and soy-free and naturally flavored and colored to cater to nearly every dietary restriction. Despite the strict ingredient list, the pops taste like a tropical delight, consisting of a creamy pineapple fruit bar enrobed in a sweet vanilla coating.

In line with the increasing demand for plant-based products, Home Ice Cream offers a range of vegan options. These include pineapple and mango flavoured fruit and juice pops, and vanilla, caramel, and chocolate Coconutter ice cream bars.

Founded in 1988, the company sought to develop high-quality products which could be “vended each fortnight into customers’ streets, at bulk saving prices.” The concept proved successful, and the brand has expanded from its base in Brisbane to Adelaide, Melbourne and Sydney, plus most major coastal population centers between Sydney and Cairns. 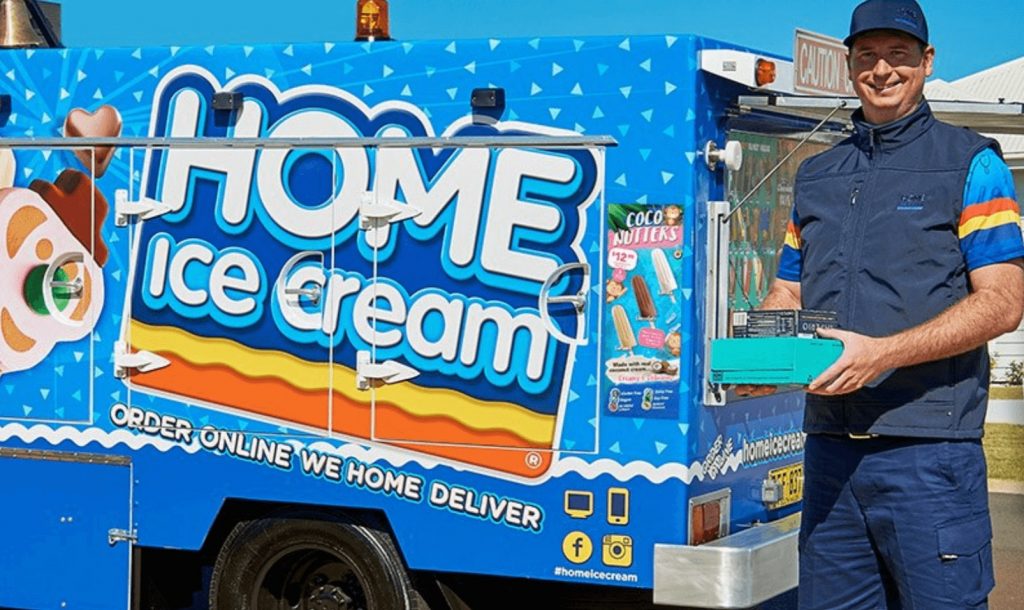 Home Ice Cream is not the only company capitalizing on the demand for dairy-free frozen treats.

Elsewhere, in the UK, Londoners can now indulge in the world’s first vegan cannabis-infused frozen yogurt from the Yogland cafe in Westbourne Grove. The variety of frozen vegan treats is growing like never before.

Sold in packs of 15 for $13.50, Home Ice Cream’s new Pineapple Coconutter bars retail at only 90 cents each. They are available to order now, and can be delivered straight to your street.