UK burger chain Honest Burgers has announced that vegan Beyond Burgers will be added to all of its restaurants starting on Wednesday, October 31.

The move to make the Beyond Burger permanent follows a highly successful trial period over the summer. According to Honest Burgers, in the two months that the plant-based patty was available, around two-thirds of its customers were vegetarians or vegans – with some travelling hundreds of miles just for a taste. The remaining third were veg-curious meat-eaters.

Honest Burger’s “Plant” burger features the Beyond Burger, Rubes in the Rubble’s vegan chipotle aquafaba-based mayonnaise, dairy-free smoked gouda cheese, mustard, red, onion, and lettuce. It comes served with a side of housemade rosemary chips, all for £11.50.

“We work hard to make sure our burgers are the best possible quality. Last year that meant becoming the first and only burger chain in the UK to open its own butchery,” Tom Barton co-founder of Honest Burgers said in a statement. “Going forward that means serving the best meat and plant-based burgers side-by-side. There are a lot of new plant-based burgers on the market but the Beyond Meat patty is hands-down the best – it has a great bite, a tender texture and sears like meat. And unlike many of its competitors it’s gluten-free and uses no GMO ingredients.” 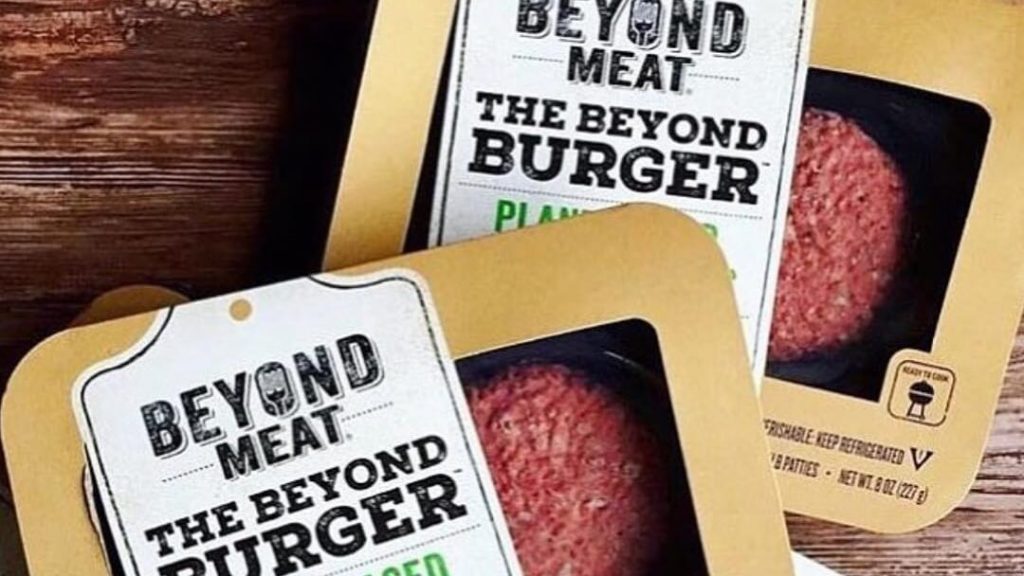 the success of the u.s.-borne beyond burger

In July, Honest Burgers added the vegan “bleeding” Beyond Burger from U.S.-based Beyond Meat to its Kings Cross restaurant menu in London for a trial period. If the test was successful, the chain said the burger would launch in all 26 of its locations across the country. The burger performed so well that in August, the chain reported that it was struggling to meet the overwhelming demand.

As well as Honest Burgers, 350 Tesco locations are now stocking the Beyond Burgers. Following the successful merchandising tactics in the U.S., the meaty vegan patty is being merchandised alongside fresh and frozen meat in the supermarket.

“The key for us is we don’t ever want to communicate we are exclusively for the plant-based community,” said the company’s board chairman Seth Goldman at the press event. “Sometimes being in the meat section can alienate someone who never goes in the meat section.”

The Honest Burgers and Tesco launches are part of Beyond Meat’s expansion plans which include distributing the Beyond Burger to at least fifty countries worldwide. Back in May, the company announced partnerships with distributors in Europe, as well as in countries including UAE, Taiwan, South Africa, Canada, and Mexico.

“Reflecting rapid demand growth in the United States and sustained interest from international markets, we’ve taken steps to significantly increase our production capacity,” founder and CEO of Beyond Meat, Ethan Brown, said in a statement. “These additions make it possible for us to support international launches, building upon the successful 2017 introduction of the Beyond Burger in Hong Kong.”

Beginning this Wednesday, all 29 Honest Burgers locations throughout the nation will offer the vegan Beyond Burger.