South China Morning Post reports that Stokes, a vegan and a volunteer with international ocean conservation nonprofit Sea Shepherd, was facing an ethical dilemma. While the organization serves exclusively plant-based food on its ships in the name of environmentalism and animal rights, Stokes’s restaurant, which specialized in Caribbean cuisine, served both meat and fish.

“Here I am trying to save the ocean and I basically have shares in a meat company,” said Stokes. To better align his ethics with his actions, in 2017, Stokes approached the restaurant’s other co-owner about wanting to be bought out. However, after learning that the co-owner was also looking to sell his shares, he changed his mind. Instead, Stokes resolved to not only to become Hemingway’s sole owner but also to convert it to a vegan restaurant. At the time, both his wife and others believed that the switch would cause Hemingway’s to lose its strong customer base.

In August 2017, Stokes took the first step towards his mission of making the popular Hong Kong eatery vegan by removing all seafood from the menu. Then, without telling anyone, he made Hemingway’s popular chilli vegan, swapping meat for plant-based protein made by California-based food company, Beyond Meat. He chose not to mark the item as “vegan” on the menu. 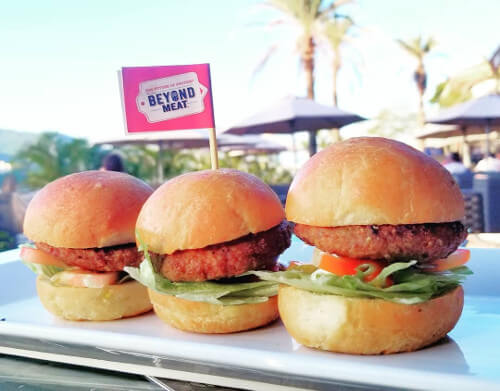 “Because all it said on the menu was our Infamous Rude Boy Chilli, served with tortilla or rice. It never said it was vegan, but it never said that it wasn’t. So people had actually been eating it for about six months without meat and nobody noticed,” Stokes explained

By last January, all but six items on the menu were vegan. By June, all animal products had been removed from the menu. Stokes said that although there was pushback from customers at first, the restaurant’s sales have remained more or less the same.

Through Hemingway’s, he takes a somewhat covert approach to vegan activism, allowing for the flavor of his food to speak for itself. “You’re not going to get people to change if you ram it down their throat,” he said. “So my approach was just to offer it to people and also show them vegan food doesn’t have to be expensive quinoa salads, it can just be comfort food, normal everyday food, chilli and pasta and pizzas and burgers.”

According to Stokes, the Hong Kong community is now much more willing to embrace vegan food. “When I would first tell people that I was vegan it was like telling them I was green with three eyes,” he says. “And that’s where it has changed now, it’s gone so mainstream which is fantastic.”