The plant-based patty made its debut in Hong Kong last month, marking the company’s first international expansion. Cumulatively, the Impossible Burger is now served at over 2,000 restaurants in the US. The groundbreaking product is known for cooking, searing, tasting and even smelling like beef, yet it is made using only plant-based ingredients.

“We’ve been so pleased with the warm welcome and support of Impossible in Hong Kong,” Patrick O. Brown, CEO and Founder of Impossible Foods, said in a press release. “As our first market outside of the U.S., it’s been an illuminating experience to see such positive feedback from diners and we’re really looking forward to launching next in some of the city’s best hotels and restaurants.” 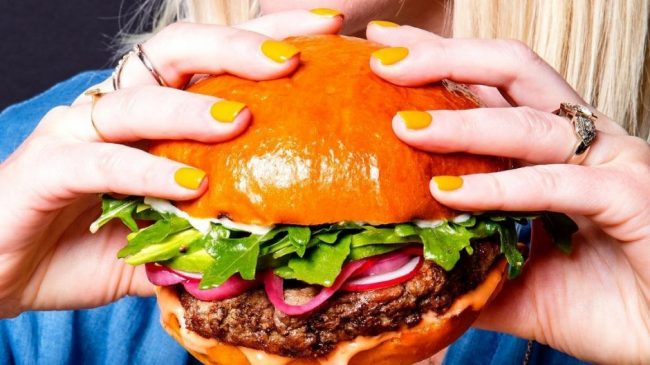 Hotel ICON, located in Tsim Sha Tsui, will offer the meaty patty at its all-day café and brasserie, GREEN, and the open air marketplace eatery, The Market. The latter is the winner of Open Rice’s Best Buffet in Hong Kong for seven consecutive years. At GREEN, specifically, the vegan meat will be used innovatively to create both westernized and authentic Chinese cuisine that would traditionally involve animal meat. Impossible Meatballs, Thai Spicy Country Sausages, Tandoori Kebabs, Mini Impossible Cheeseburgers, and Crispy Impossible Samosas are just a few of the items expected to appear on the menu.

At the Grand Hyatt Hong Kong, across the harbor from Hotel ICON, two of its signature restaurants – Grand Cafe and The Grill – will offer the vegan burger. The Impossible Foods’ patty will be complemented with veganaise, Daiya provolone, and a sweet potato rustique, all garnished with assorted herbs and spices.

With the influx of plant-based meat alternatives, Asia’s vegan scene is heating up, particularly within the hospitality industry.  JW Marriott’s Man Ho, a traditional Chinese restaurant, just incorporated an Omnipork menu at its Hong Kong location. At the Hong Kong MGM casino and resort in Macau, the staff cafeteria instituted Green Mondays, serving its 11,000 employees plant-based meals every single week. Additional hotels and high-end restaurants are expected to develop their own takes on these leading vegan meat products to diversify their options and become more inclusive to all guests.