A McDonald’s restaurant that operated within a hospital is to remain closed after it was damaged by Hurrican Harvey last year. The fast food outlet, located in Ben Taub Hospital in Houston, experienced flood damage from the hurricane. Doctors have spoken out about the decision to not reopen the business, naming it a step toward bettered nutrition and healthy living.

The McDonald’s restaurant operated within the medical facility for almost 16 years. Its presence had become a “flash point of protest,” a local news outlet reported, due to its menu that was “laden with fat, salt, and sugar.”

The Physicians Committee for Responsible Medicine (PCRM), an organization made up of 12,000 doctors, named the closure a “win.”

“You go upstairs and meet with a cardiologist who says you need to lower your fat intake, your sodium, your cholesterol. And then on the way out the door you can grab a Big Mac,” said Leslie Rudloff, director of legal affairs at PCRM. 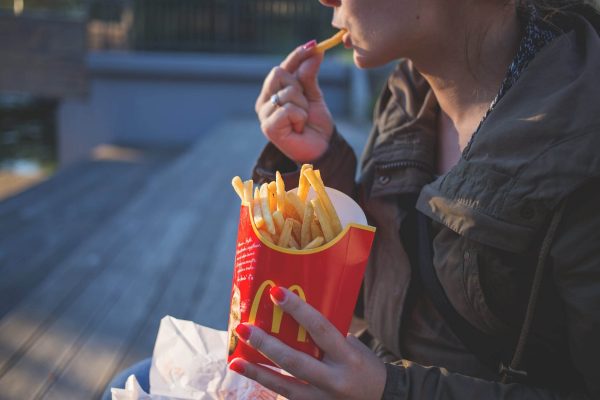 PCRM maintains a focus on plant-based nutrition, aligning with the growing collection of evidence showing that a vegan diet gives individuals the best chance at optimum health. Susan Levin, a doctor and member of PCRM, said the eradicating of “artery-clogging burgers and shakes” will allow the hospital to “expand its offerings of healthful, affordable, plant-based meals.”

Houston-based doctor Bandana Chawla of PCRM has testified twice before the board of trustees for the Ben Taub Hospital. Dr. Chawla urged the medical facility to promote plant-based meals to align with a newly issued policy by the American Medical Association. The policy urges the accessibility of healthy foods, including plant-based meals.

Vegan food options are experiencing higher demand than ever before. The British government has been urged to introduce more plant-based meals in schools and hospitals across the nation. And in California, a bill brought forth earlier this year is set to make it compulsory for facilities like hospitals and prisons to provide plant-based meals. This is due to the rising number of those following a plant-based diet, the growing evidence linking animal products to disease, and the increased awareness on the health benefits of veganism.