Researchers at the University of Oslo in Norway are compiling the world’s first biobank of animal cells to help develop lab-grown meat, real meat grown with animal cells, and save endangered species.

Gareth Sullivan, vice director of the Hybrid Technology Hub at the University of Oslo, is using technology to create stem cells from endangered animals like the northern white rhino. The researcher built his foundational knowledge of stem cells by working with Ian Wilmut, one of the scientists who cloned Dolly the sheep in 1996, according to Labiotech.

Stem cells from endangered animals are being preserved for a future where technology is able to bring back extinct species. According to Sullivan, it’s this work that led him to work on developing a bank of animal cells for lab-grown meat called “The Frozen Farmyard.” The project received €220,000 ($250,000 USD) in funding from the Good Food Institute, a non-profit organization for the research and development of vegan and cultured meat.

“After that project, I was approached by a few companies interested in cultured meat. That led me toward the idea of developing a repository of farming animals,” said Sullivan. 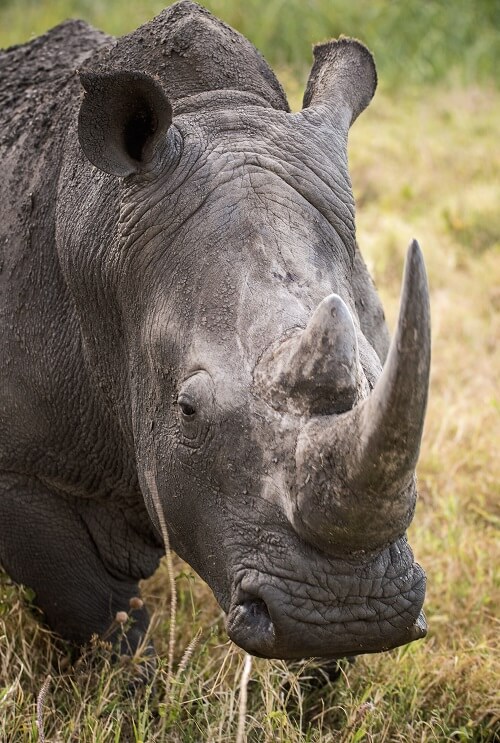 The aim of The Frozen Farmyard is to created a centralized biobank of farm animal cells. The research group will obtain biopsy samples from farmers across Europe, which will be used to create stem cell lines to grow muscle and fat. It’s said that the samples can be obtained from ear tagging.

The biopsies will eventually e used to make pluripotent stem cells (iPSCs), which can be used indefinitely. In contrast, the majority of cell-based meat companies are working with stem cells from adult animals, which would require new animal biopsies for continuous production.

“At the moment, the only downside is the cost. It’s very expensive to grow iPSCs,” said Sullivan. According to researchers, growth factors, molecules used to grow stem cells into adult animal cells, have a high price. But the team plans to find affordable alternatives.

The process of growing lab-grown meat is costly, but progress has been made, according to a report by Dutch animal nutrition company Nutreco. In 2013, the cost of producing a lab-grown burger cost £215,000 but now cost around £8. However, regulatory framework on the part of the government is still needed.

The researchers plan to create 18 new cell lines over the next 18 months. Sullivan expects that the work will lead to future funding for his conservation project.