Farm Sanctuary, the nation’s largest farm animal protection organization, comes from humble beginnings. It was founded in 1986 by activist and author Gene Baur who was motivated to take action after investigating factory farms, stockyards, and slaughterhouses. From saving the sanctuary’s first resident, a sheep named Hilda rescued from a  stockyard in Pennsylvania to the present, Farm Sanctuary has given thousands of farm animals a second chance at life. Part of how it does this is through its Adopt a Farm Animal Program, where you can become a sponsor and help provide all the necessary care for a Farm Sanctuary resident.

“I’ve learned that farm animals share many of the same interests and desires and emotions as humans and other animals,” Baur told LIVEKINDLY in an email. “They want to enjoy life, love, and companionship — and they want to avoid being abused.”

The resident animals come from varied backgrounds — some come from factory farms to backyard slaughterhouse operations and some come from family farms. The organization operates two locations in Watkins Glen, New York, and the other in Acton, California, an hour from Hollywood. The shelters provide loving homes to rescued animals and opportunities for visitors to learn about what the animals raised for food are like when allowed to live free. 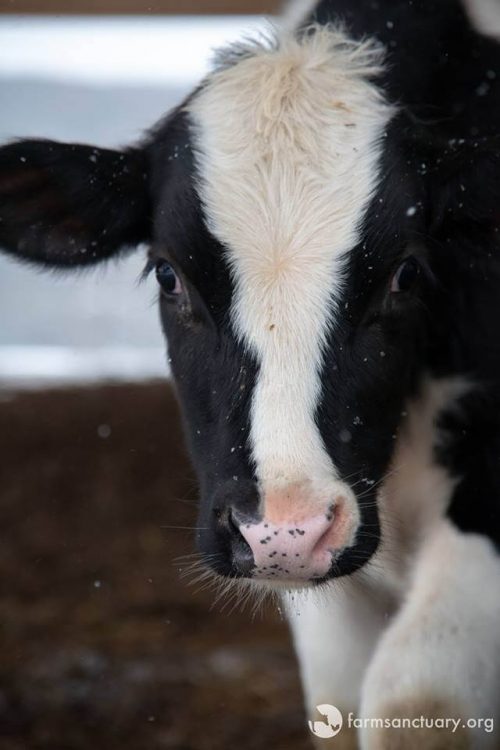 The sanctuary has earned a number of celebrity supporters over the years. Filmmaker Kevin Smith and his daughter Harley Quinn recently advocated for sponsoring turkeys in a Thanksgiving video released earlier this year. Actor Emily Deschanel, who also serves on the Sanctuary’s board, has helped educate the public about animals since 2006. Other celebrity supporters include Alicia Silverstone, Carol Leifer, Bellamy Young, Joaquin Phoenix, Joan Jett, former “Daily Show” host Jon Stewart, and his wife, author Tracey Stewart, who serves on the Farm Sanctuary board.

“Farm animals are among the most abused creatures on earth, and those who come to Farm Sanctuary have experienced immense cruelty and need to recover both physically and emotionally,” says Baur.

Part of Farm Sanctuary’s mission is to change the mainstream perception of the animals raised for food through a simple, but effective method: by sharing the stories of its residents. Through its website, social media, and at the sanctuaries, people have the opportunity to see shelter animals’ personalities shine through. Like Albert the mini donkey who escaped his home so many times, that police threatened to shoot him. Lucky for him, someone placed a call to Farm Sanctuary and these days, he loves to sprint toward his caretakers and visitors in search of someone who will pet him. 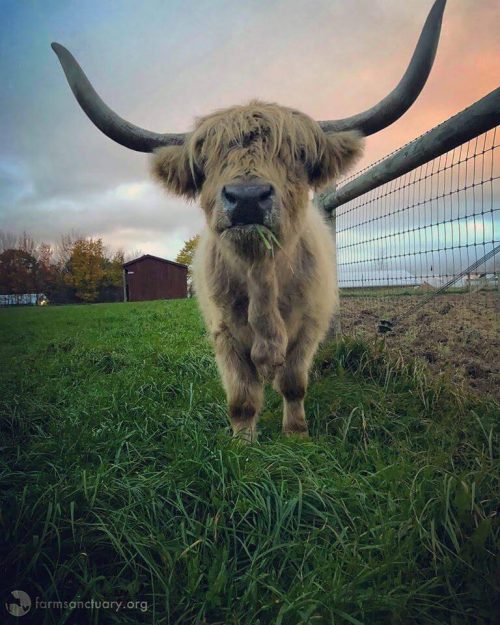 “They are resilient and can heal from pain and trauma when they are treated with compassion and nurtured in a healthy environment,” Baur explains. “They are capable of responding to new circumstances, in spite of physical and emotional scars. We can learn a lot from these animals, who heal us as much as we heal them.”

Sweet Pea, a senior highland cow who had been used for breeding on a small cattle farm, found a safe haven when the farm shut down and her previous caretaker didn’t want to send her to slaughter – a common “retirement” practice in the cattle industry.

Taylor and Reiman, two goats rescued from Brooklyn subway tracks earlier this year, gained fame when they were rescued by Jon and Tracey Stewart. Where they came from exactly remains a mystery, but the sanctuary believes they likely escaped from one of the city’s many storefront slaughterhouses.

Animal lovers are invited to participate in the ongoing care and support for rescued farm animals through Farm Sanctuary’s Adopt a Farm Animal Program. There are also seasonal one-time sponsorship opportunities, such as Gift Sanctuary.

“The animals at Farm Sanctuary serve as ambassadors for less fortunate members of their species,” says Baur, “and participants in the Adopt a Farm Animal Program play a role in telling the animals’ stories, while educating consumers and advocating for changes in our abusive animal-agriculture system.” 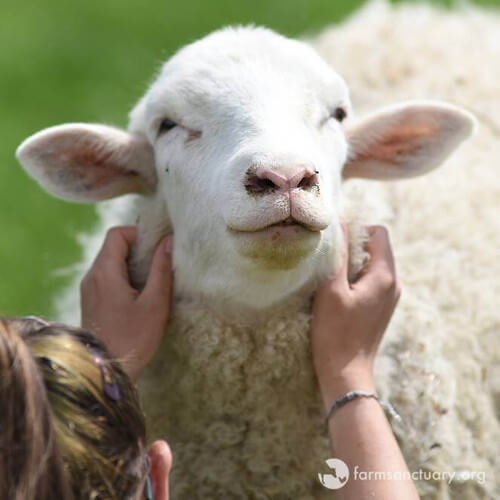 Farm Sanctuary is committed to educating the public and visitors about the reality of what animals raised for food experience. And, showing how, when allowed the space to roam and interact with other animals, their personalities come to life. For most visitors, the point of reference for animals such as cows, chickens, and pigs comes from farm environments, where the animals are forced into unlivable conditions.

“Together, we’re helping change the conversation and illuminate another, kinder way to celebrate the holidays,” Baur said, “while making a difference for billions of less fortunate farm animals.”

In the sanctuaries’ barns and spacious pastures, animals often experience freedom and human kindness for the first time in their lives —  a stark contrast to the factory farms that many of them come from. Dairy cows, who are forcibly impregnated only to have their children torn away from them days after birth, are known to grieve for their lost baby for days. “Free range” chickens do not typically live on green pastures but are packed into dark, filthy sheds with other birds, where their beaks are trimmed without anesthesia in order to prevent them from attacking each other, or self-mutilating as a result of the stress.

In some slaughterhouses, animals may even witness other members of their species being slaughtered. But at Farm Sanctuary, with proper care and time given, they are able to heal past their trauma and come to trust humans — and each other. Baur explained that it’s an emotional experience for many, who realize for the first time that cows, pigs, and chickens aren’t so different from cats and dogs. 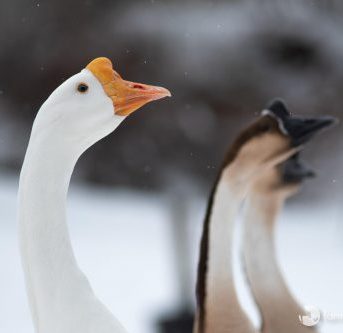 “Sometimes people respond in deeply emotional ways, breaking down and crying, perhaps because of their own participation in the animals’ suffering or in response to the vast harm our species imposes on these sentient beings,” says Baur. “In other cases, the peace and joy expressed by our rescued animal residents inspire peace and joy in visitors.”

Those who get the gift of an “adopted” animal receive a sponsorship certificate with a color photo of who they’re supporting. According to Baur, it could also include the opportunity to meet their sponsored animal in person.

“For many animal advocates, the sheer scale of our broken food system, the cruelty it inflicts, and the fact that so many people seem to look the other way, can lead to a feeling of hopelessness,” he says. “But each small action we take can have an impact, and each heart we change has the power to change others. The gift of a sponsored farm animal offers a tangible way to make a difference in that animal’s life while also helping to educate others about the plight of all farm animals in a positive and non-confrontational way.”