In an age of fake news, how do we avoid overwhelm and cynicism in order to cut through to
the truth? Often, we hear skepticism from vegans that people are not changing, and that there
is little point trying to work towards a vegan world. This hopelessness stems from an acute
aspect of what I call ‘vystopia’.

Vystopia is defined as the “existential crisis experienced by vegans, arising out of an
awareness of the trance-like collusion with a dystopian world. It is an awareness of the greed,
ubiquitous animal exploitation, and speciesism in a modern dystopia”.

I coined this term for two reasons. Firstly, an increasing number of vegans were coming to
see me in my practice as a psychologist. Many of these vegan clients presented with similar
symptoms, including depression, anxiety, grief, PTSD, or feelings of hopelessness and
alienation. However, all of these were underpinned by a deep anguish at the systematized
cruelty towards animals they had become aware of.

GPs were also referring people to me who they had diagnosed as having eating disorders or
self-harm and social adjustment disorders. I discovered during our consultations that these
people were vegans: refusing to eat animals, exploring graphic video footage of animal
cruelty for information, and, unsurprisingly, feeling alienated from society. As a telling
witness to vystopia myself, I wanted to ensure that the vegan’s anguish is not medicalized or
seen as abnormal. Rather, vystopia is a normal response of any human being distressed by
animal cruelty, and the existential anguish of how their world has forever changed. 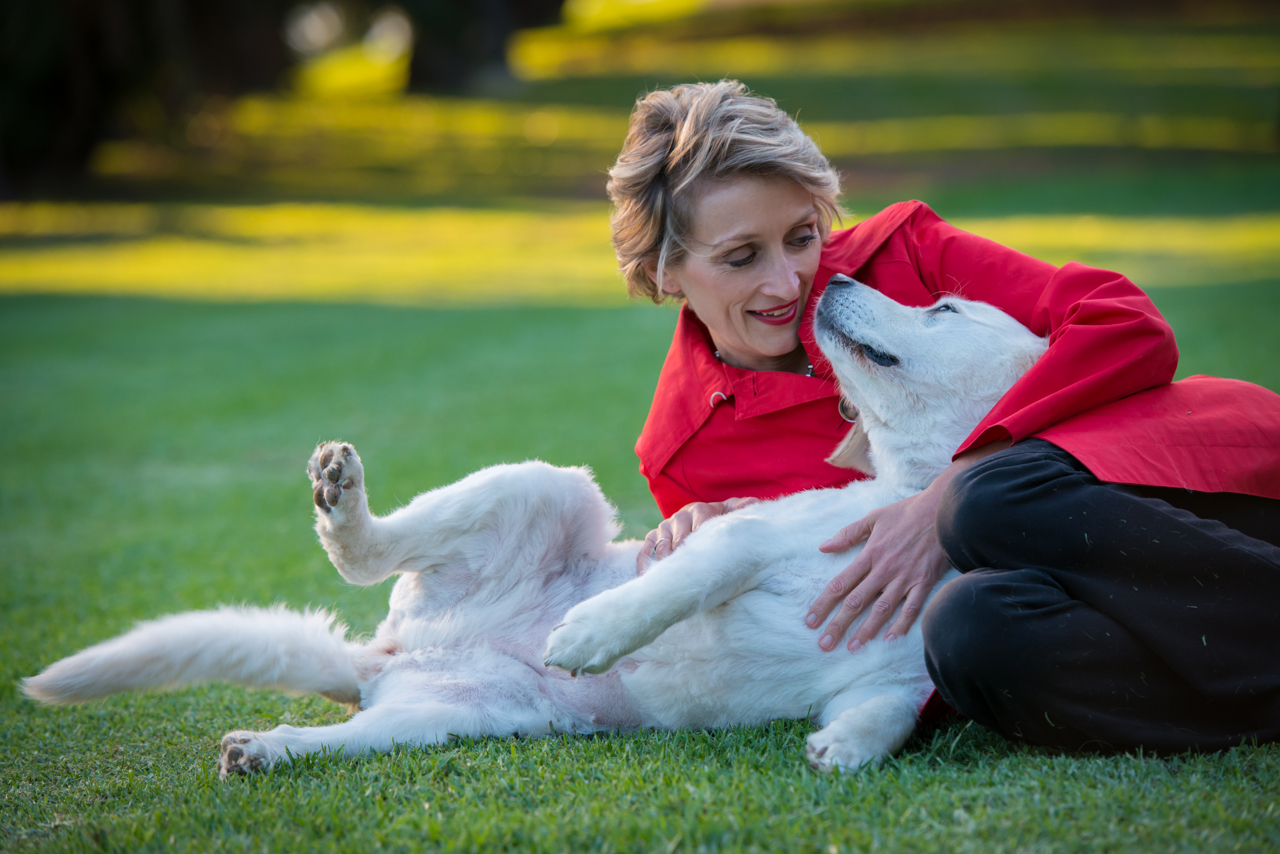 A solution to the pain

Having conducted a survey of 850 vegans around the world on their experiences of vystopia,
I concluded that this condition affects the vast majority of vegans in some form. By working
through the grief and despair, and transmuting this into powerful action to be part of the
solution, relief is possible.

I believe there is a way out of the pain of vystopia. It appears to be particularly acute where
other vegans are skeptical and don’t believe the cruelty will ever end, nor a vegan world
possible. However, an interesting concept does provide hope. It’s called ‘entrainment.’ The
concept of entrainment is that change is exponential. So, as more people define themselves as
vegan, the larger the sphere of influence and the wider the concept spreads and grows.
There is already evidence of veganism growing throughout the world, with ever increasing
numbers of people adopting the lifestyle, and mainstream eateries including vegan options as part of their regular menus. Taking on these positive changes, along with altering our own
communication style, can not only alleviate vystopia, but help to create a vegan world.

How does the vegan stay positive?

It’s hard to share the vegan message if we feel depressed and angry at the non-vegan world.
Working through your pain is essential, as is developing high levels of self-care. Only with
that as a foundation is it possible to fully utilize exquisite communication skills to influence
people to change.

There are many ways to communicate veganism, from front-line activism to simply living as
thriving vegan member of society. What’s important is our ability to listen and converse with
non-vegans, using hooks, motivation, and excellent communication skills.

For example, we can ask more questions, such as “What do you mean?” or “How did this
work when you did X?” These allow you to get a greater understanding of where the other
person is coming from and you can adapt the information to their understanding.

Look and listen for what I call ‘hooks’ – the things that literally hook someone in to engage
further because you are answering what is important to them.  For example, if someone
asks, “Where do you get your protein?” and you then start talking about animal cruelty, you
didn’t see the important hook or topic of interest, which was health and instead responded
about animal social justice. The person could be confused with your answer, think you are
being ‘preachy’ or just not listening to them. If you answer the question about health first and
then tease in related animal issues, you maintain rapport and can engage further.

We all have the ability to inspire some form of change around us. Although we may not see
an instant result, the lives we live and the conversations we have all have an ongoing ripple
effect.

Imagine if each and every one of us continued to place a drop into that pool of influence.
The non-vegan may not respond immediately to your personal interaction but after repeated
exposure to an idea from a range of sources, the lightbulb may switch on and their eyes may
too be opened.

For a vegan with vystopia, the ability to create change is both the reward and the solution. 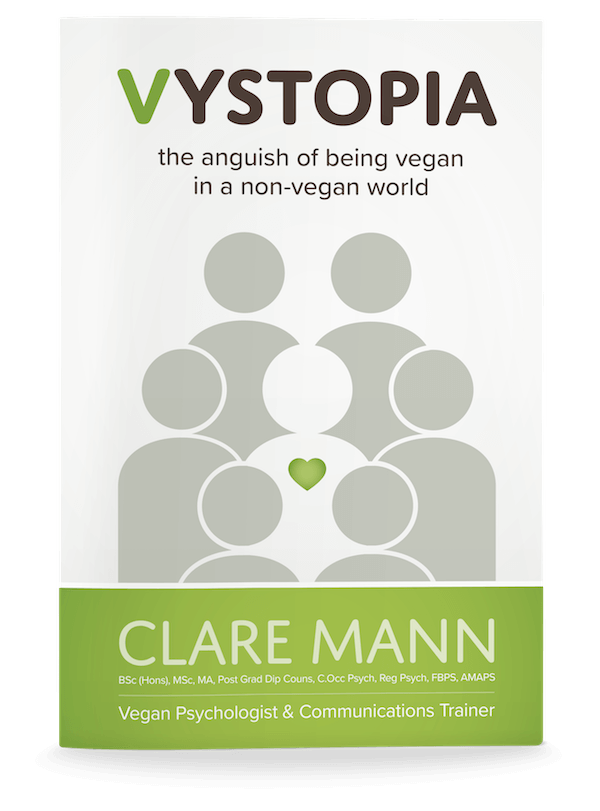 Clare Mann is a vegan psychologist, co-creator of the Vegan Voices Smartphone App, a
FREE app to help vegans communicate veganism more effectively, and author of the
new book, “Vystopia: The Anguish of Being Vegan in a Non-Vegan World.” More
information can be found at: