Animal rights group PETA (People for the Ethical Treatment of Animals) has awarded Canadian retailer Hudson’s Bay Company with a Certificate of Appreciation for providing vegan uniforms to the Canadian Winter Olympics team.

“With their faux-fur pom-poms, wool-free sweaters, and synthetic-down insulation, Team Canada’s uniforms prove how stylish and warm vegan outerwear can be,” explained Anne Brainard, the Director of Corporate Affairs for PETA. “PETA is celebrating the Hudson’s Bay Company for it’s compassionate and forward-thinking choice to outfit Canada’s Olympians in high-tech, modern materials that don’t harm a hair on an animal’s head.”

Wool is a fabric commonly used in winter garments for its insulating properties. But it’s not the sheep “haircut” many think it to be. Wool shearing can be extremely painful for the animals, particularly a practice called mulesing, which shears off the excess skin on the hindquarters of sheep. This practice is done to reduce the skin folds where insects can breed. It’s done often without anesthetic and can create persistent painful infections. 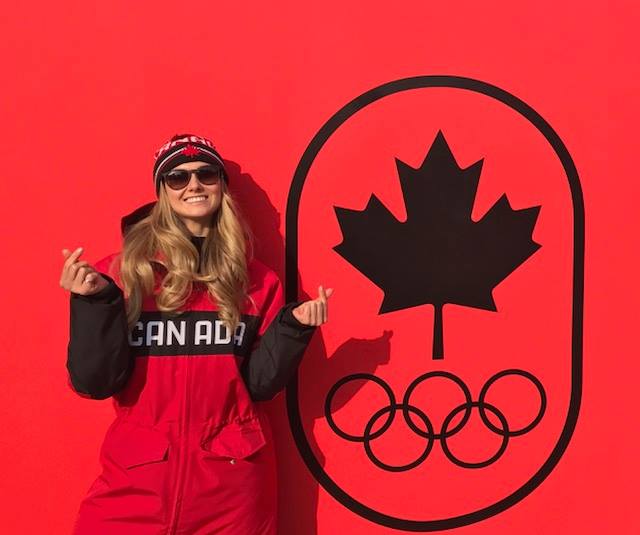 Down, another common winter garment insulator, comes from birds who often have their feathers ripped out of their bodies without anesthetic. This practice is widespread in the down industry — about 50 percent of birds are live-plucked. The remaining down feathers often come from ducks and geese bred for food. Geese and ducks are raised often for foie gras – a fatty pate made from the engorged livers of the birds. To create this fatty liver, the birds are force-fed — a painful and highly criticized practice.

While less the status symbol it was a century ago, fur still persists in the fashion industry, often as an accessory in winter weather wear.

The idea that materials derived from animals, particularly fur, are no longer fashionable or necessary is fast becoming a common attitude amongst retailers and designers. When asked why Gucci was no longer using fur in its upcoming lines, CEO Marco Bizzarri said, “Do you think using furs today is still modern? I don’t think it’s still modern and that’s the reason why we decided not to do that. It’s a little bit out-dated.” A faux-fur, cruelty-free fashion show even took place at this season’s New York Fashion Week, proving that dressing vegan is very much in vogue .

The recent ban on fur farming in Norway also shows this, the Norwegian climate is not famed for it’s warmth, however, the production of fur is no longer deemed necessary to keep citizens toasty through the long winter seasons. Faux materials are available far and wide and used by many retailers. Still, animal rights groups warn that some high-street shops sometimes falsely label real fur products as fake. H&M, Topshop, Furless and Stella McCartney are among the brands who consumers can trust not to use real fur in their products.

Team Canada has seen several other notable victories at the 2018 Winter Olympics, including the gold medal won by vegan figure skater, Meagan Duhamel. Duhamel also made headlines this winter with her commitment to rescue Korean dogs headed for the dog meat market.