The new burger was initially trialed in select stores in Sydney and Melbourne back in June. Now, due to an overwhelmingly positive customer response, the new vegan menu item, which consists of two veggie patties, fresh salad, vegan mayo, and vegan cheese, is available in all 400 Australian stores.

More and more Australian consumers are becoming aware of the health, environmental, and animal welfare issues associated with meat, and because of this, the demand for vegan food is growing. In fact, the country has the third largest growing vegan market in the world, and according to a recent report, more than 50 percent of the population are actively reducing their meat intake. 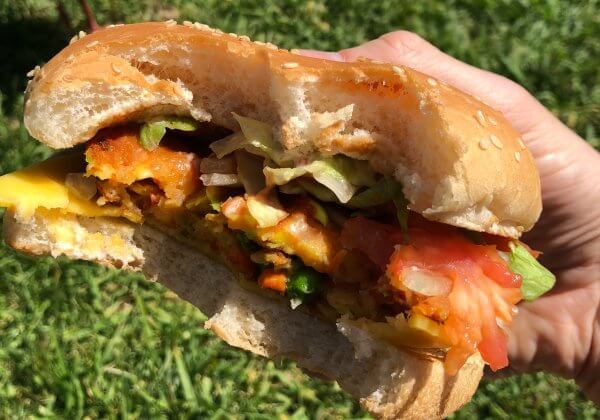 Mexican chain Zambrero has also noticed a change in consumer habits, and added vegan cheese to its menu in August. Bianca Azzopardi, CEO of Zambrero, said in a recent statement, “Across the industry we have seen an increase in the desire for vegan-friendly products, not only by vegans but also those that are lactose intolerant and health-conscious.”

This increased desire for fast-food plant-based options is not exclusive to Australia, however. Around the world, major chains are adapting to a rising consumer demand for more vegan food.

In the U.S., east coast fast-food chain White Castle launched a trial vegan burger back in March. Like Hungry Jack’s, the response to the new menu item, which includes a vegan Impossible Foods’ patty, was overwhelmingly positive. Subsequently, the product was rolled out permanently nationwide.

In Europe, the story is much the same. Fast-food giant McDonald’s has supplied its McVegan patty to its Swedish and Finnish customers since late last year, and in the UK, Domino’s Pizza is currently trialing vegan cheese in select stores.