Employee-owned US supermarket chain Hy-Vee, which has more than 245 stores across eight states, has agreed to remove the label “humane” from its meat products.

According to animal rights organization PETA (People for the Ethical Treatment of Animals), Hy-Vee made the decision after learning about the conditions of many animals on factory farms. “[Animals are] often rightly confined, mutilated, and slaughtered while fully conscious,” noted the organization.

“The only label indicating truly humane food is ‘vegan,’ so Hy-Vee did the right thing in agreeing not to mislead well-intentioned consumers with the ‘humane meat’ myth,” Anne Brainard, PETA director of corporate affairs, said in a statement. “PETA encourages shoppers to stick to vegan meals and speak out against any brand that labels a tormented animal’s flesh as ‘humane.'” 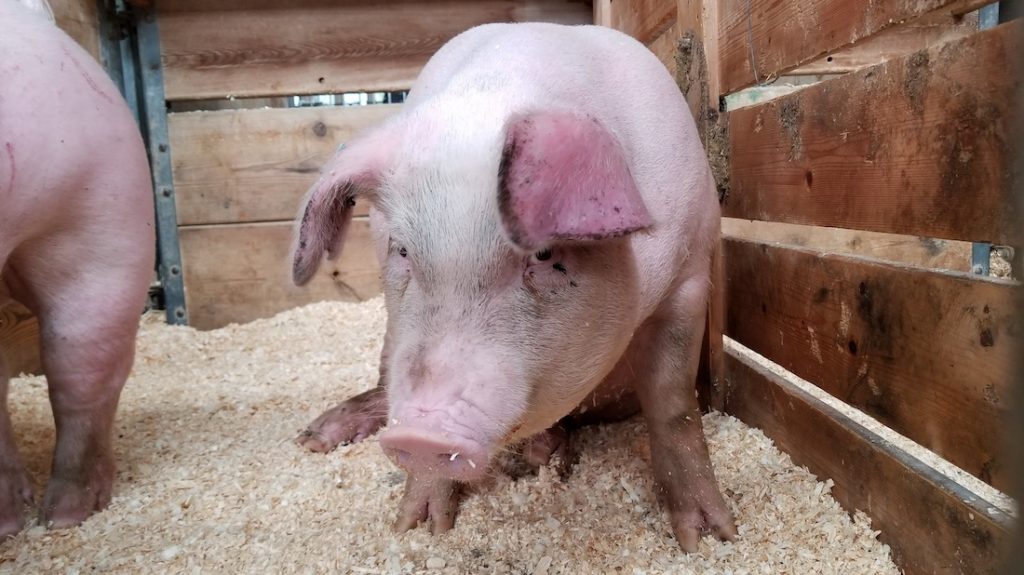 Across the United States, welfare standards for factory-farmed animals are low. Many hens, pigs, and calves, for example, are often confined in small cages before they are slaughtered. Currently, the state of California is working to improve these conditions with ballot measure Prop 12, which seeks to eradicate tiny cages amongst other measures.

If Prop 12 is passed, California will likely have some of the most progressive animal rights laws in the world. Hy-Vee operates outside of California, throughout the Midwest. But even if the chain followed the standards set by the bill, PETA’s Director of Corporate Affairs, Anne Brainard, maintains that meat could still not be classified as “humane.”

Hy-Vee is not the only company to come under fire for misleading customers. Across the pond, in the UK, the organization Compassion in World Farming (CiWF) criticized meat and dairy brands — such as Dairylea and Bernard Matthews — for using “false” images of happy animals on their packaging.

“If consumers could see behind closed doors they’d be shocked,” said Sean Gilford of CiWF. “If a pig is kept intensively all its life – with mother sows unable to even turn around to interact with her young – shoppers should be told.”

CiWF launched a petition to have marketing laws for animal products changed in the UK. According to the organization, consumers will change their habits if they are more aware of the conditions of factory-farmed animals. The petition noted, “Once eggs were labeled by the farming method: Caged, Barn, Free Range or Organic, consumers bought more of the higher welfare eggs, changing the lives of millions of hens.”