A new vegan documentary featuring actress and animal advocate Evanna Lynch has been nominated for a major independent screen award. The five-minute feature, “iAnimal: The Dairy Industry in 360-Degrees,” is on the shortlist for “Best Social Impact Experience” at the 2018 Raindance Film Festival.

The Raindance Film Festival is the largest independent film festival in the U.K. It also hosts events and film courses internationally. The 2018 festival, set to be held in London from September 26 – October 27, will continue with the VRX, or virtual reality, category that was introduced last year to acknowledge the ever-evolving technology within the film industry. “iAnimal – 42 Days” was also nominated for this category in 2017.

The latest “iAnimal” short also falls under this VRX category, as it offers a 360-degree immersive viewer experience through the aid of a virtual reality headset. Lynch narrates the scenes, which put the audience on the ground floor of a dairy farm, seemingly within reach of the animal suffering. 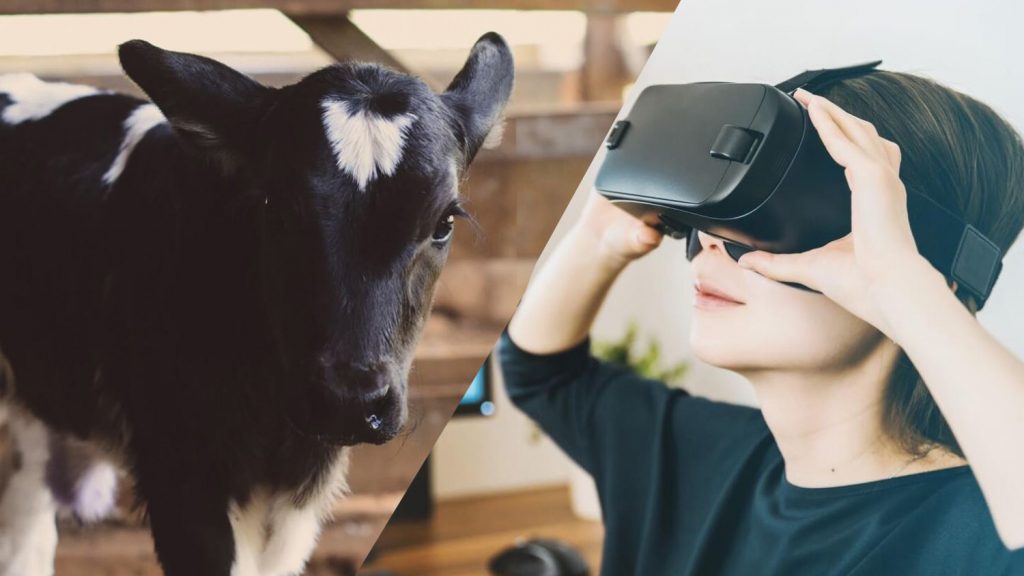 The film was produced by Animal Equality, an animal rights nonprofit, to “allow the viewer to access the day-to-day abuses that are hidden from the public by the agricultural industry.” Unlike traditional documentaries, there is no fourth-wall to this film; the viewer feels like he or she is witnessing the action firsthand. Thoroughly impacted by the scenes, Lynch said, “You don’t know what it’s like to be in a room designed to kill you.”

The nomination from Raindance is a major accomplishment in itself. The festival is recognized by the Academy of Motion Picture Arts and Sciences USA, the British Academy of Film and Television Arts, and the British Independent Film Awards. These reputable organizations often pull from Raindance submissions for their own nominations, demonstrating great promise for “iAnimal.”

Due to the intensity of the virtual experience and the graphic images, viewer discretion is advised. Other vegan-forward documentaries, such as “Earthlings” and “Dominion,” also show unfiltered, painful scenes of animal suffering; yet, these films do their part in connecting consumers with their plate and showing them where their food actually comes from.

For tickets to the festival, visit the Raindance Film Festival website.