Debate has taken over the internet recently after a Christmas campaign was banned from television for being “too political.” Leading UK supermarket Iceland was behind the campaign, that showed the impact of palm oil production on orangutans and their habitat.

In a short cartoon, the campaign told the story of a baby orangutan taking refuge in a child’s home because its own habitat was being destroyed by humans. Forests were being cleared to produce palm oil – a vegetable oil derived from palm oil trees – which is found in a huge range of products like shampoo, biscuits, and chocolate. Though the campaign was a cartoon, habitat loss due to palm oil production is a very real issue that has largely contributed to the orangutan being classified as critically endangered. Bornean orangutan populations have more than halved between 1999 and 2015.

In response to the issue, Iceland removed palm oil from all of its own-brand products, becoming the first major supermarket in the UK to do so. The chain went a step further, partnering with Greenpeace to create the ad that was intended to air on TVs across Britain. 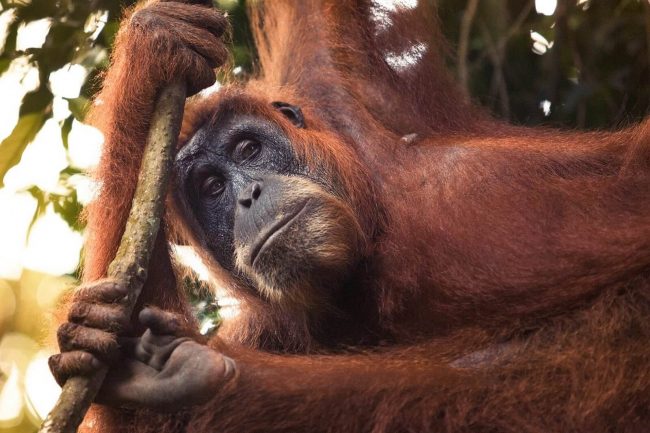 Clearcast, the organisation that oversees which advertisements are appropriate for British television, deemed the campaign unsuitable, saying it violated political advertising rules stipulated in the 2003 Communications Act. “Clearcast and the broadcasters have to date been unable to clear this Iceland ad because we are concerned that it doesn’t comply with the political rules of the BCAP code,” said a spokesperson for Clearcast to The Guardian. “The creative submitted to us is linked to another organisation who have not yet been able to demonstrate compliance in this area.”

Iceland will still show TV ads, but in the form of 10-second clips advertising its palm oil-free products. “We wanted [the Greenpeace film] to be our signature campaign,” said Richard Walker, who led Iceland’s move toward environmental campaigning. “We have said repeatedly we are not anti-palm oil, we are anti-deforestation.”

“We think this is a huge story that needs to be told. We always knew there was a risk [the clip would not be cleared for TV] but we gave it our best shot,” he said.

Iceland shared the clip on YouTube, where it has accumulated more than three million views in just four days. Social media users flocked to support the campaign, with many criticising Clearcast’s decision to ban it. A petition was started that urges Clearcast to reconsider its decision so that the ad can be shown this Christmas. In four days, the petition has garnered more than 600,000 signatures.

Iceland’s outspoken position on palm oil is not its only effort for environmental conservation. It has also launched a range of own-brand vegan products, including the popular No Bull burger. The releases came shortly after University of Oxford researchers released a report saying that adopting a plant-based diet is the “single biggest way” to reduce one’s impact on the planet.