According to the company’s head of development Neil Nugent, the new cabinet is all down to the success of the recently released “No Bull Burger” — an own-brand plant-based burger made from soya protein, which has a texture and appearance similar to traditional meat.

“We are quite excited about it after the success of the No Bull Burger, which has been phenomenal,” Nugent told Food Spark. “It’s outselling our wagyu burgers and we’ve not advertised it, it’s all been social media.”

Nugent believes that it’s the power of platforms such as Instagram, Facebook, and Twitter that drives the vegan movement forward. “[It’s] probably one of the first trends that [has] arrived in that format or that way,” he noted.

“There are places like By Chloe in the UK with vegan style restaurants, but I think it’s been a totally social media-driven trend,” he continued. “What I do think is this vegan thing has such massive growth and it’s not necessarily about vegans. It’s about people flexing the diet and just choosing meat-free options a bit more than they have done before, so we have to follow that trend as customers are demanding it.” 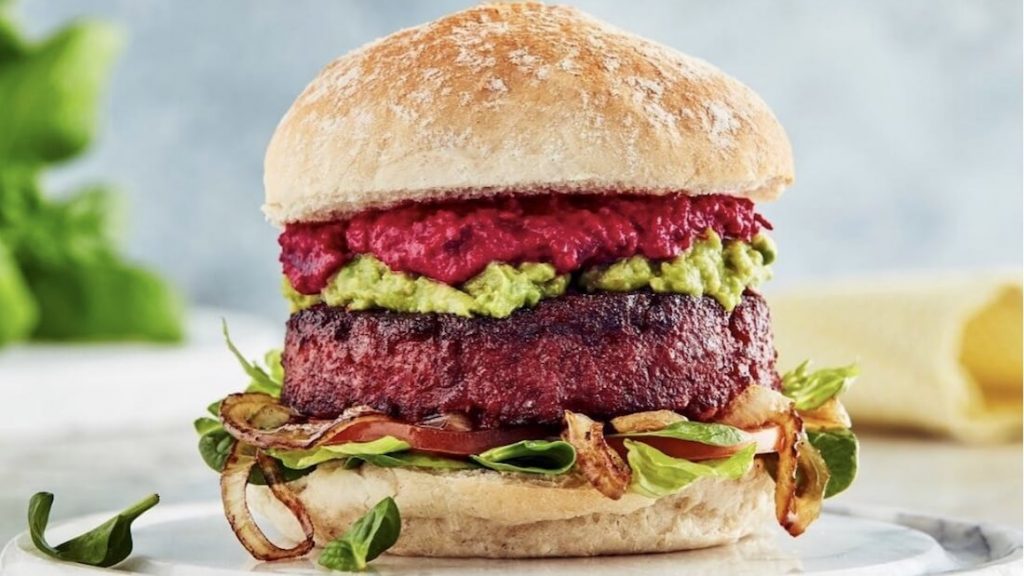 Iceland follows in the footsteps of fellow supermarket chain Waitrose, which launched a vegan section earlier this year. Just like its competitor, Waitrose debuted the new section in response to consumer demand. Vegan and vegetarian buyer for the chain, Chloe Graves, said, “our current selection of products has been selling really well week after week. With requests for more choice coming from our customers and partners, we could clearly see there was an appetite to have more vegetarian and vegan options in our shops.”

Across the UK, supermarkets are listening to customers and increasing the vegan options available. In June, Sainsbury’s launched 21 new meat-free products, including vegan items by Vivera, Linda McCartney, and Tofurky. Further, it was recently announced that the nation’s leading supermarket Tesco is to supply the plant-based “bleeding” Beyond Burger by Beyond Meat from August onwards.

The new vegan section is set to launch in Iceland stores from September.