Icelandic powerlifter, Hulda B Waage, aka the Vegan Viking, has beaten three of her own national records in her second European competition.

Waage’s success came after a rocky start, the powerlifter told Great Vegan Athletes. “It was a long and tiresome journey,” she explained. “Five hours drive from Akureyri to Reykjavik, then an hour drive to the airport. A really challenging four-hour flight and a one hour wait to be finally picked up from the airport in Prague. Then an hour drive to Pilsen.”

Things didn’t improve at the start of the competition, Waage noted, due to her nerves. “Things were going disastrous,” she said. “My nerves were having the best of me.” However, once she got into the swing of things, her performance improved.  “I’m happy with my squat and bench press,”  she added. “I have no words for the deadlift except that I really learned from this and now I know that I have to work harder.” 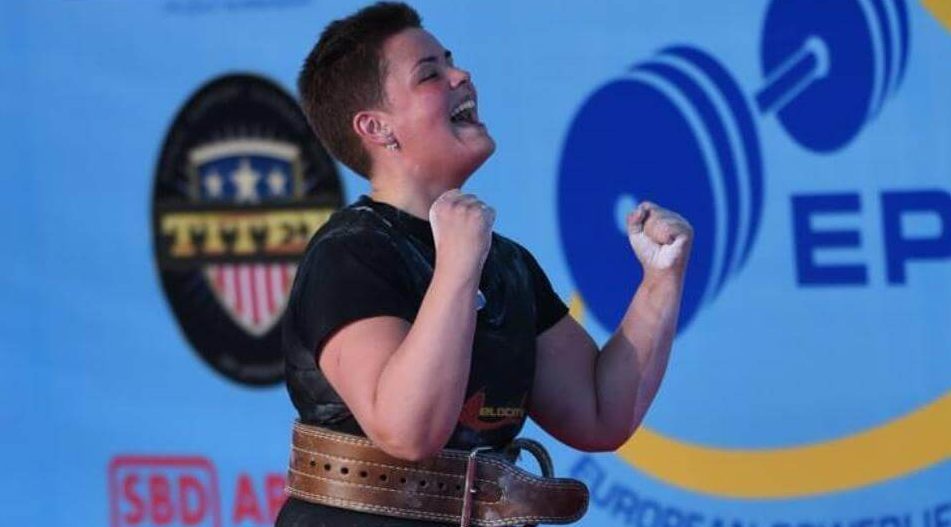 “There is a lot more in the tank,” she continued. “The squat was so ridiculously light. A little more work on the bench press and a whole lot of changes for the deadlift and my records will be far up by next year.”

Waage is not just a strong athlete, but she’s also a keen advocate for veganism, the Vegan Viking frequently posts plant-based food inspiration on her Instagram account. She also posts about animal welfare issues, in April, the powerlifter encouraged her followers to sign a petition against Icelandic whaling. Towards the end of last year, Waage posted, “I’m all for eating what you want when you want it…as long as its #vegan.”

Other successful vegan athletes include racing car driver, Lewis Hamilton, top surfer, Tia Blanco, Olympic ice skater, Meagan Duhamel, and weightlifter, Kendrick Farris, amongst many others, who prove that animal products are not necessary to excel in your field.