UK Supermarket chain Iceland has announced the launch of 13 new own brand vegan products, including the UK’s first ever vegan chorizo. Stocked in its new exclusively vegan freezer, the plant-based items will be available from September.

In July, the supermarket announced its debut of a new vegan section, following the success of its original plant-based meaty offering, the No Bull Burger. Now, Iceland has revealed that not only will it be stocking a new spicy jalapeno version of the burger, it will also launch a variety of other vegan meat products, including chicken, mince, and chorizo.

Named No Porkie Chorizo Slices, the new spicy sausage will have“all the smoky and spicy characteristics of your typical chorizo, without the meat,” according to the chain. It will also a launch a brand new paella dish, featuring vegan chicken, named No Chick Chicken. However, it’s not all about plant-based meat; the company also intends to launch new tofu-based products, as well as vegetable burgers, in an attempt to appeal to vegans who prefer their products to have less of a meaty texture. 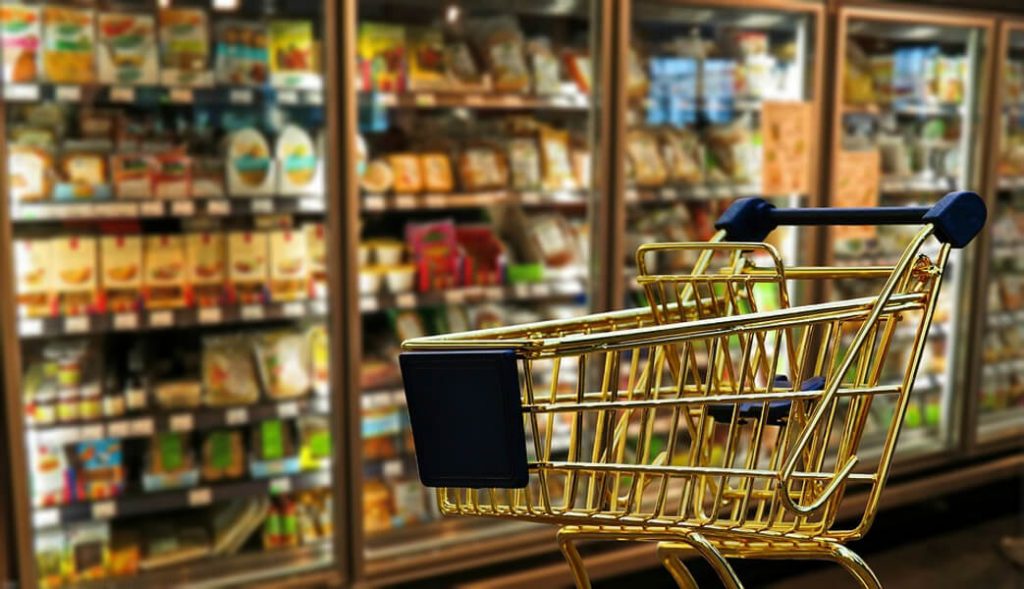 “We had tremendous success with the No Bull Burger and it’s clear our customers want more from us. In creating this range, we have embraced the nation’s love for alternative plant-based foods in an innovative and exciting way,” Iceland’s head chef and food development manager Neil Nugent told the Guardian. “The growth of the vegan food market in the UK has been rapid, with 56% of adults now saying that they are adopting vegan behaviour when conducting their supermarket shop.”

This growth, according to Nugent, is driven predominantly by social media. Speaking to Food Spark in July, the chef said, “[The No Bull Burger is] outselling our wagyu [meat] burgers and we’ve not advertised it, it’s all been social media. [It’s] probably one of the first trends that [has] arrived in that format or that way.”

Iceland isn’t the only supermarket to notice a surge in plant-based sales and react accordingly. Earlier this year, competitor Waitrose announced the release of a new dedicated vegan section. And Tesco, the UK’s biggest supermarket chain, recently revealed it is to stock the “bleeding” plant-based meat-like burger by U.S.-based company Beyond Meat, the Beyond Burger.