The internationally-renowned alcohol brand Jack Daniel’s has dropped its sponsorship of the annual Iditarod, the world famous 1000-mile dogsled race.

The world’s largest animal rights organization, PETA, congratulated the company on Instagram after 180,000 of its supporters pushed for Jack Daniel’s to end its support of the event.

The Iditarod dogsled race has come under fire from animal rights activists and has been swarmed with controversy for years. Iditarod supporters claim the people driving the sleds called “mushers” love their dogs but the race’s dog fatality statistics suggest otherwise. The event involves the mushers being pulled by a line of up to 16 dogs throughout the Alaskan wilderness between Anchorage and Nome. It’s one of the only remaining states to permit this practice.

The dogs are kept in holding cells prior to the race, which is made of cold metal. Iditarod’s 42nd rule acknowledges the high-risk to dogs by saying some death is purely unavoidable. Many dogs often die during the event from the freezing temperatures or exhaustion. Others veer from the track and can be killed by a snowmobile or car. The frigid conditions also pose a potentially-fatal risk to the humans involved. 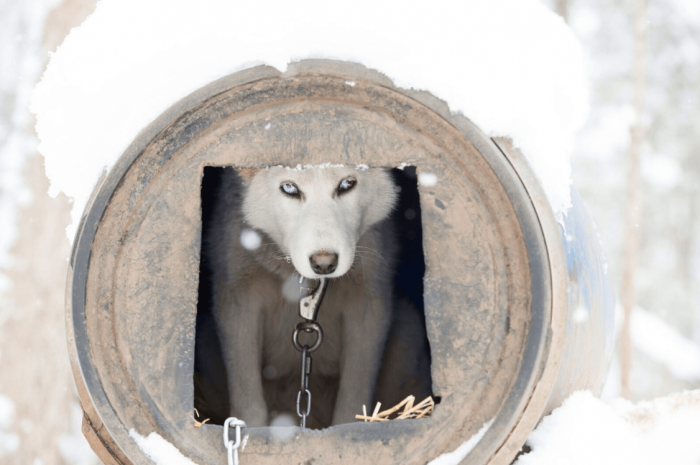 An article by PETA claims that dogs used in the Iditarod race are “forced to run up to 100 miles a day through biting winds, blinding snowstorms, subzero temperatures, and treacherous ice. Even with snow booties on some, the dogs’ feet can become cut, bruised, and raw from the vast distances of frozen terrain that they cover.”

Many animal rights initiatives have been propositioned as of late. In the lead-up to the Muslim festival of Bakrid, the Animal Welfare Board of India has urged the government to introduce new legislation enforcing the end of cow, camel, goat, and sheep sacrifices – common rituals during the festival. Further, Luxembourg just became the tenth country in the European Union to ban fur farming.

The message of compassion to all living beings is extending from activist groups into mainstream society. For example, the latest installment of the Jurassic film series, “Jurassic World: Fallen Kingdom” just debuted with a strong theme of protecting wildlife and promoting animal welfare.