Swedish furniture giant IKEA has launched a new plan to turn rice straw, a byproduct of the rice industry, into renewable, raw materials for products.

Called the “Better Air Now” initiative, the new upcycling model will see IKEA working closely with both central and state governments in India, the UN, NGOs, universities, suppliers, and farmers, to improve air quality across the nation. According to data from the World Health Organization, polluted air is the cause of death for 7 million annually. North India, where the initiative will kick off, is home to nine of the 10 most air polluted cities in the world, including New Delhi, Gurgaon, and Faridabad.

Rice straw is typically burned after the grain is harvested; the practice is said to be a major contributor to air pollution and smog in India. The longterm goal of IKEA is to not only help rice-growing villages achieve zero rice straw burning, but to also test whether the Better Air Now initiative could be used to improve air quality in other major cities. 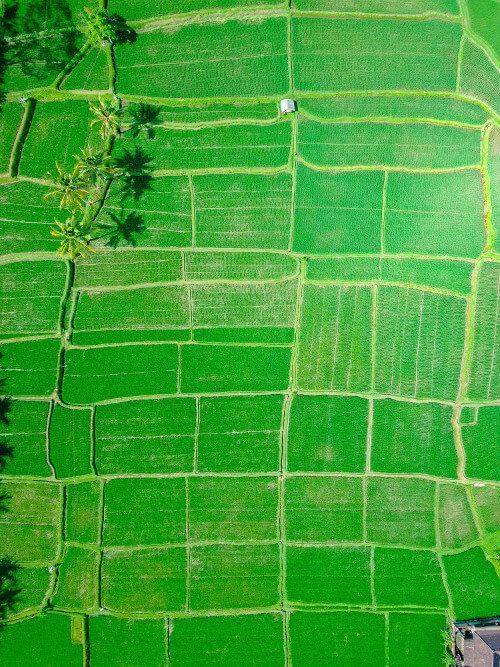 “The health effects of air pollution are severe and at IKEA we are determined to contribute to a solution. We know that burning of rice crop residue is a major pollution source and with this initiative, we hope that will change,” Helene Davidsson, the sustainability manager for South Asia at IKEA purchasing said in a statement.

“If we can find a way to make use of rice straw it would become a valuable source for the farmers instead of being burnt, which in the end also would contribute to better air for people,” she continued.

IKEA doesn’t just aim to become a more sustainable business through its furniture. Over the summer, the affordable brand announced that it would stop selling single-use plastics and add more plant-based food options in a bid to protect the planet. It recently launched vegan hot dogs – which gained a 95 percent approval rating during a test run – in the EU, US, and Canada. The company also plans to begin offering dairy-free soft serve ice cream, already available in Malaysian stores.

The first IKEA product prototypes made from upcycled rice straw are expected to be sold in Indian stores beginning in 2019.