Derren Brown, an English mentalist and illusionist, just tweeted that he tried a vegan cafe “for kicks.” Brown is known for his breakthrough 2000 television show, “Derren Brown: Mind Control”, as well as for his touring magic and hypnotism shows.

Brown has over 2.3 million followers on Twitter. His latest post read: “Trying a vegan cafe for kicks. Though really not convinced that prefixing menu items with ‘Yummy’ or ‘Naughty’ makes them taste any better.” Brown did not specify which vegan restaurant he tried, but with over one thousand likes and eighty-nine retweets, followers can expect him to respond.

Although Brown seemed hesitant to try something vegan, there is no need. The vegan scene in London has grown strong over the years. Prominent chefs and adventurous small business entrepreneurs have provided the city with a plethora of vegan options, from street food to pubs, to fine dining restaurants. American-based By Chloe has crossed the pond to offer Londoners vegan versions of fast-food classics, like guacamole burgers, Mac and cheese, and meatball subs. Zizzi’s also offers a wide range of vegan pizzas, while Temple of Seitan provides a fried chicken fix with its assortment of vegan fried chicken entrees and sandwiches. 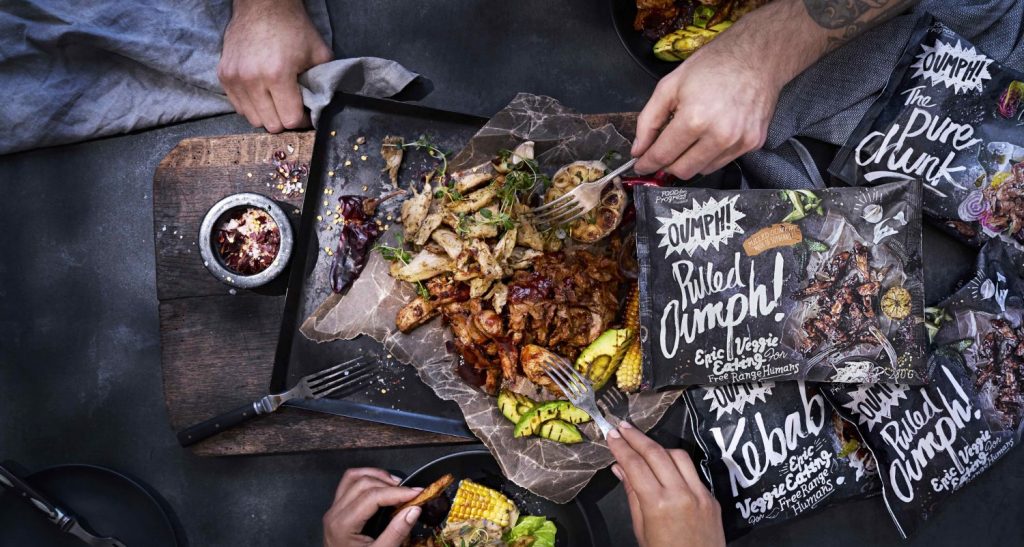 Even non-vegan restaurants such as Dirty Bones and Mildreds have added dedicated vegan menus and hosted vegan popups to cater to the ever-growing demand for plant-based favorites. Mildreds recently gained attention with the premiere of the UK’s first ‘bleeding’ vegan burger.

UK supermarkets have also embraced vegan products. Many national grocers, such as Tesco, carry plant-based meats and other familiar animal-based alternatives. Oumph! Vegan meats and pizzas, as well as Chefs Derek and Chad Sarno’s vegan meal line, Wicked Kitchen, are just two of the thousands of vegan products available to UK consumers through the mass market.

Further, Brown can combine food and entertainment by visiting one of London’s vegan markets. The Soho Vegan Market is the latest addition to the London vegan scene, premiering on April 14 with nine of London’s favorite plant-based vendors.

Brown can rest assured, the vegan options in London are plentiful and on par with any animal-based favorite. He may even be surprised to find that he enjoys a Temple of Seitan fried chicken sandwich — which is nothing short of vegan magic.