Impossible Foods, one of the leading plant-based burger producers, recently made an industry-shaking announcement. Following its accumulated $400 million in investments, the company’s aspirations reach far beyond the Impossible Burger. Chief Financial Officer David Lee told FoodNavigator USA, “Our goal is to produce a full range of meats and dairy products for every cultural region in the world.”

To date, Impossible Foods has launched one product, the Impossible Burger. This burger is unlike many traditional vegan burgers, as it has been said to replicate meat in its taste, smell, look, and texture. It even “bleeds” like a burger, a quality created by beets. The burger is currently available only in the US at over 1,300 restaurants – and growing. However, made possible by a recent $114 million convertible note investment, the Impossible Burger will make its first international debut in Asia later this year.

If the new plant-based items follow the Impossible Burger’s trajectory, they are bound to meet with similar success. Lee was confident that the company has the knowledge and expertise to take on other animal-based foods. “Impossible Foods’ platform enables us to understand and reverse-engineer all animal products – meat, dairy, and fish,” Lee claimed.

While the research and development team is still working on new products, the company is focused on further expanding its burger to more restaurants in the US, as well as internationally. Lee also alluded to the potential of selling the Impossible Burger to retail stores, but he was not able to confirm when or which stores will sell the product directly to consumers. For now, the company is focusing on foodservice. 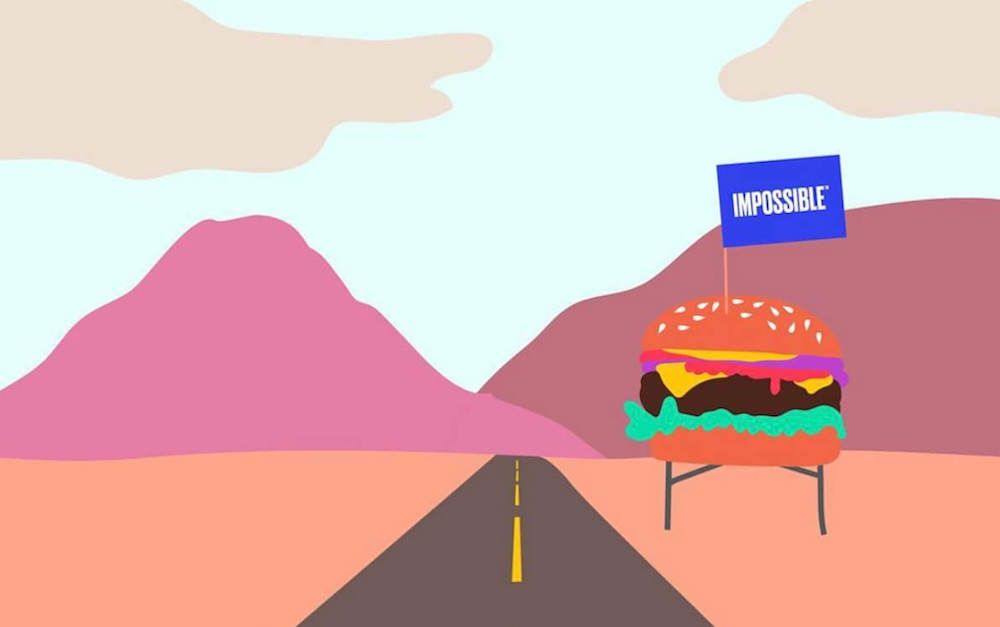 “Demand from restaurants easily outstrips supply at this stage,” Lee said. The company has developed successful partnerships with major burger brands and other influential companies, such as Umami Burger, White Castle, Wahlburgers, and Disneyland, all who create their own unique menu items based off this plant-based patty. To meet demand, the company will add a second production shift to its manufacturing facility this summer, which will double its production capacity. The facility currently produces 500,000 pounds of plant-based meat per month.

Another major US-based vegan meat company, Beyond Meat, has already expanded its line of burgers, both in retail and foodservice locations across the US, as well as internationally. The company announced two major milestones just this week. The Beyond Burger will now be sold in Australia through the popular vegan fast food chain, Lord of the Fries, and in Germany, making its European debut.

Both Impossible Foods and Beyond Meat are gaining considerable market share and gaining increasing popularity with both food industry professionals and consumers, as vegan burgers have tapped into the mainstream.