Starting tomorrow, Hong Kong will be the first place outside the United States to serve the vegan Impossible Burger. The award-winning plant-based burger by Impossible Foods will be offered at three of the city’s highly acclaimed restaurants: Little Bao, Happy Paradise, and Beef & Liberty.

Both Little Bao and Happy Paradise are owned and operated by Chef May Chow, a highly-respected culinarian who was named Asia’s Best Female Chef in 2017 by The World’s 50 Best Restaurant Awards. For her restaurants Little Bao and Happy Paradise, Chef Chow has developed recipes that showcase the true versatility of the Impossible Burger. “We’re experimenting with new ingredients in the kitchen. Stay tuned for more!” she teased yesterday in a Facebook post.

Little Bao will serve the Impossible Bao, a contemporary, vegan take on the classic Cantonese street food. Chef Chow’s bao will be in sandwich form, consisting of a savory filling of Impossible meat tossed with black pepper teriyaki sauce, salted lemon kombu salad, and fermented tofu sauce, served between two house-made steamed buns. At Happy Paradise, Chow and her team will offer guests the Impossible XinJiang Hot Pocket, which will be served with pickled daikon and XinJiang spices. 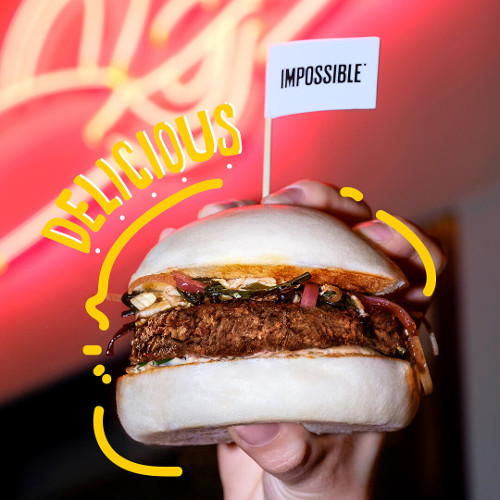 “Hong Kongers demand to be on the bleeding edge of global culinary trends,” Chow said in a press release. “The Impossible Burger is delicious, versatile and perfectly timed to take this city’s world-class restaurant scene by storm.”

“We are obsessed, in a good way, with burgers and doing what we can for the environment,” said Executive Chef Uwe. “We love the way that the Impossible Burger has created new excitement in the global burger scene and opportunities to be more sustainable. We’re positive that our guests are going to love the Impossible and feel good about eating it at the same time.” 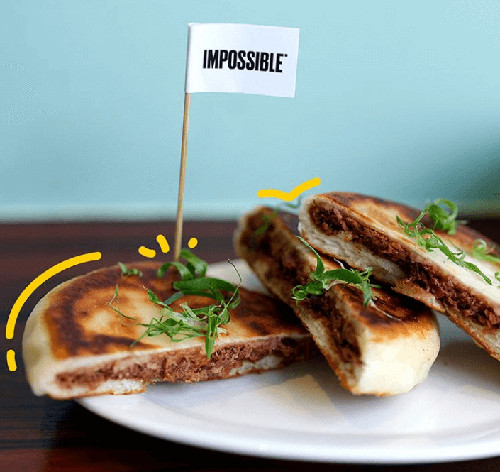 Finally, the Impossible Burger will also be sold via an exclusive and limited-time offer through Classic Fine Foods, Asia’s leading importer and distributor of gourmet foods since 2001. “We select the best in the world and bring it to you,” the website reads.

“We’re humbled to launch with spectacular chefs in one of the world’s most dynamic restaurant hotspots,” said Patrick Brown, CEO and Founder of Impossible Foods. “We’re confident that Hong Kong—Asia’s crossroads of ideas and influences, both modern and traditional—will be home to the most innovative Impossible recipes yet.”

Since the Impossible Burger’s 2016 debut at David Chang’s high-end New York City bistro, Momofuku Nishi, the plant-based patty has been added to the menu of over 1,300 restaurants (including popular fast-food chain, White Castle), even outselling beef in some locations. This international projection was secured through a recent $114 million in investments. According to Impossible Foods, the Impossible Burger will launch in additional US and Asian markets throughout the year.