Vegan ready-made meals are one of the key revenue drivers at Tesco, the UK’s leading supermarket. Amid what has been described as “a Brexit-fueled surge in costs,” Tesco has not only maintained but increased profit margins with the support of its name brand products and its latest vegan range created by Wicked Healthy.

“The supermarket operator’s profit jumped in the latest financial year as it sold more ready meals from ranges like Hearty Food Co. and plant-based products from the new Wicked Kitchen line,” Bloomberg, reported.

Last year, the major retailer increased its share of the UK food market when it “revamped more than 10,000 of its own-brand products” with a focus on ready-made meals and Italian food. Further, in January the company introduced the Wicked Kitchen line in 600 of its stores. The line was developed by vegan chefs Chad and Derek Sarno of the popular plant-based blog and upcoming cookbook, “Wicked Healthy.”  The chefs created 20 plant-based meal products, made “to appeal to the hardest core meat eaters,” according to Derek. The success of the Wicked Kitchen line is due to this mass appeal. With familiar and enticing varieties such as BBQ Butternut Mac and Gunpowder Potato Chana Masala, the range appeals to all consumers, not just vegans. 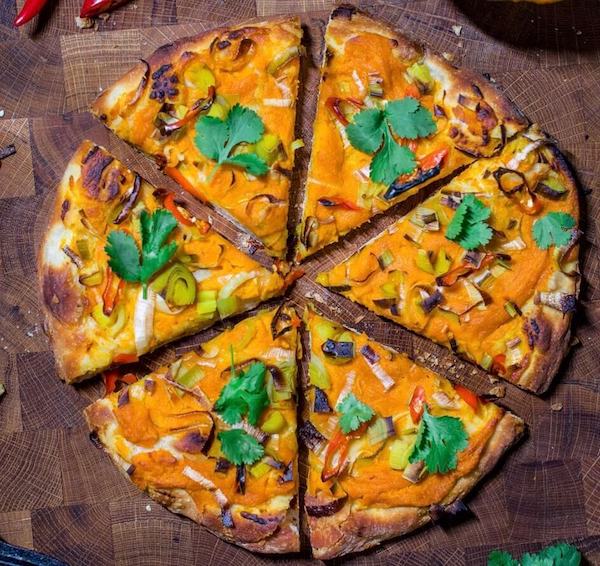 Tesco’s progressive shift toward promoting more plant-based products has greatly contributed to its financial success. Bryan Roberts, an analyst at a global independent marketing company, TCC Global, remarked, “In Tesco’s U.K. grocery business, it’s a job very well done.” This financial success is significant in the face of the current UK grocery market. Other major retailers are struggling to keep up with German stores Lidl and Aldi, as these discount grocers continue to grow and obtain more of the market share.

As both consumer demand and the number of vegan products increase worldwide, retailers like Tesco have begun to actively incorporate more plant-based options. Derek Sarno commented, “[Tesco] is leading the plant-based movement as far as retailers go.” Beyond the Wicked Kitchen line, the supermarket has also developed it own heat-and-serve vegan chicken, in addition to carrying the latest in plant-based products, such as Oumph! vegan meats.