In a blow to the Canadian seal hunting industry, the Directorate General of Foreign Trade of India has officially banned the import of seal furs and skins.

Reported by Mumbai Mirror, the landmark decision is the result of years of campaigning on the part of Indian animal rights groups Humane Society International/India (HSI) and People for Animals. As of the DGFT order, India has joined 36 other nations in banning the commercial sale of products made from the fur or skins of seals.

NG Jayasimha, managing director of HSI India, said, “We are delighted that our persuasion for four years for the ban had yielded results. With dwindling world markets for seal products, the Canadian sealing industry is counting on countries like India and China to import the seal fur, oil, and meat that other nations refuse to buy and I am glad that India has chosen compassion over cruelty. We are certain that this choice will be the last nail in the coffin for the sealing industry.” 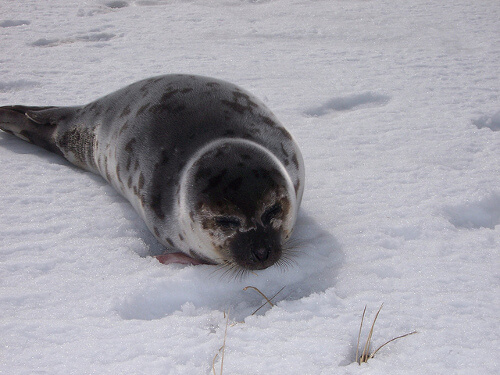 According to National Geographic, thousands of seals are brutally shot or clubbed to death for their fur and skin each year. Canada’s commercial seal hunt is the largest slaughter of marine mammals in the world.

Slowly but surely, the tide is turning for animals who have long been victimized by the fur trade. In March, the city of San Francisco became the largest city in the U.S. to ban the sale of fur. The sale of fur has been banned from London’s iconic Camden market while Norway has officially outlawed fur farming.

Donatella Versace, head of Italian designer fashion brand, Versace, made waves when she stated in an interview, “Fur? I am out of that. I don’t want to kill animals to make fashion. It doesn’t feel right.”

Marco Bizzarri, CEO of Gucci, has decided to stop using fur as of their Spring 2018 collection in spite of previously relying on fur in many collections. “Do you think using furs today is still modern?,” Bizzarri asked. “I don’t think it’s still modern and that’s the reason why we decided not to do that. It’s a little bit out-dated.”