An Indian animal rights campaign calling out the disposal of male chicks and calves in the egg and dairy industries has launched on college campuses across Mumbai, the nation’s largest city.

The new vegan campaign, called “Save the Boy Child: Try Vegan,” was launched by the Indian chapter of international animal rights charity People for the Ethical Treatment of Animals (PETA). The aim of the campaign is to inform students about how male chicks and calves are often seen as disposable by animal agriculture industries.

“Because male babies can’t be used for profit by the cruel egg and dairy industries as their subjugated female counterparts are, they’re typically chucked out like trash or killed,” said PETA India CEO Dr, Manilal Valliyate. “PETA India is calling on young people to condemn this cruelty and go vegan.”

As part of the campaign, PETA will distribute informative posters and leaflets, screen short videos that reveal what happens to male chicks and baby cows and encourage viewers to eschew all animal products and go vegan. 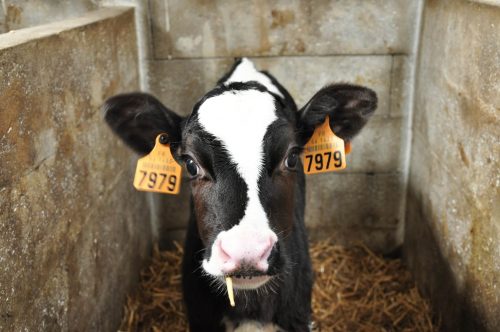 The animal rights organization will show footage from real Indian hatcheries, where male hatchlings are ground up, burned, crushed, suffocated, or, in some instances, fed alive to fish. Video footage obtained from dairy farms shows that male calves fare no better and are often abandoned in the streets, left to starve, or sent for slaughter.

In recent years, interest in animal welfare across India has grown. Last January, 31 cities pledged support to participate in a nation-wide vegan outreach campaign called the Vegan Indian Movement. Further, according to recent data, the demand for vegan beauty products is on the rise, driven by conscious consumers. And, earlier this month, the northern Indian state of Uttarakhand granted animals the same rights as humans in a High Court ruling. Additionally, two of India’s top vegan magazines, Vegan First and VegPlanet have combined forces to form “Vegan First Magazine,” the largest plant-based magazine in Asia.

The demand for new vegan food is on the rise in the country as well. In May, Greek vegan cheese brand Violife arrived in Indian grocery stores. And, in June, Australian vegan fast-food chain Lord of the Fries announced plans to open 100 franchises throughout the country.